Rare Littlemill Scotch Whisky From 1976 Has Been Released

In the nearly two decades since it was destroyed by fire and demolished, Littlemill Distillery has continued to make its presence known. With some precious casks from the former whisky maker in the hands of the Loch Lomond Group, a few limited expressions from Littlemill’s history have been released into the world.

And now the oldest release to date from Littlemill is here: Littlemill Testament 1976. This Lowland single malt Scotch whisky was first distilled in October of 1976 and re-casked in American oak hogsheads in 1996. Master blender Michael Henry then vatted three of the casks into two first-fill oloroso sherry hogsheads for four months before blending the liquid together two more months. The whisky was then bottled this past December. 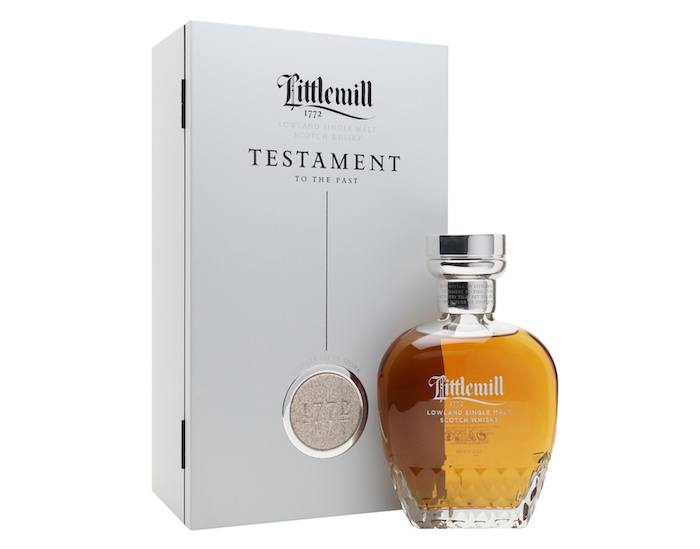 Littlemill has been something of a legend in the history of Scotch whisky. According to some records, it was one of the oldest operating distilleries in Scotland. Along the way, the whisky maker changed hands and was shuttered multiple times before falling silent for the last time in 1994. From there, the distillery slowly vanished. The warehouses were torn down in 1995 and in 2004, a fire burned down what was left, scuttling plans to turn the space into a museum.

As with other recent Littlemill releases, the 42.5% ABV Testament 1976 is extremely limited. Only 250 bottles are being produced, each one a hand-blown decanter accompanied by a dress stopper made from natural sandstone that was rescued from the remains of the Littlemill distillery. It prices at around $9,400 USD. Official tasting notes are below.