The Glenmorangie Grand Vintage Malt series, as we’ve explored with bottlings from it in the past, is the chance for the Glenmorangie distillery in Scotland to showcase its most prized whiskies. The latest release from this line up is now coming available, being over two decades old and matured in special casks Glenmorangie is known for.

The new Glenmorangie Grand Vintage Malt 1996, according to those behind it, was aged in American white oak casks made from wood from Missouri’s Ozark mountains. These barrels are said to have “made to precise specifications and seasoned with select bourbon to bring them to their best.” Casks like these are already used to age Glenmorangie Astar and Glenmorangie Original, and their use for this new offering makes it, at 23 years old, the oldest maturation from them to date. 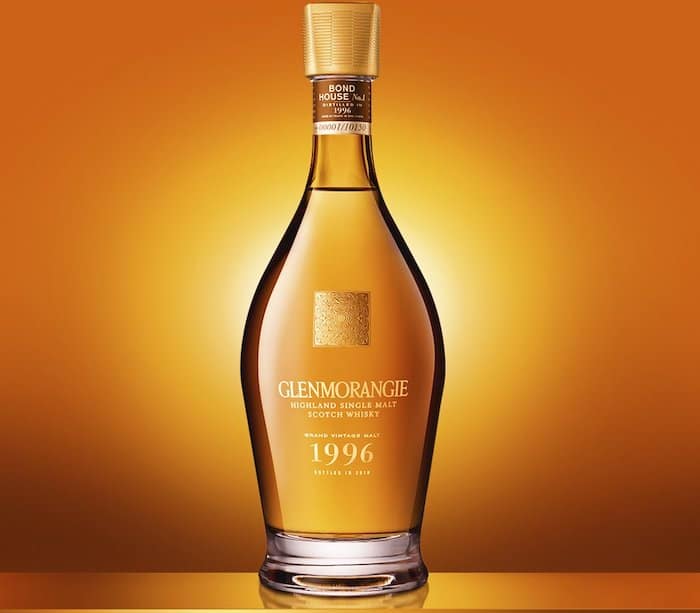 “Glenmorangie Grand Vintage Malt 1996 wonderfully demonstrates how we can bring our most extraordinary dreams to life,” said Dr. Bill Lumsden, Glenmorangie’s director of distilling, whisky creation and whisky stocks, in a prepared statement. “The oldest whisky we have ever aged in our bespoke casks, its fresh, floral aromas and luxuriously creamy tastes are gloriously enhanced by age.

“A delicious step on from Glenmorangie Astar, this limited edition will be adored by whisky lovers old and new.”

Plans call for 10,000 bottles of this Scotch single malt whisky, bottled at 43% ABV, to be released, pricing at $825 per 750 ml bottle. It joins the others in what’s known as the Bond House No 1 Collection, named after the largest of Glenmorangie’s 19th century bonded warehouses that “is reserved for its most prized whiskies.”

Official tasting notes for the Glenmorangie Grand Vintage Malt 1996 are as follows.