Polo. A game played on horseback that you likely don’t think much about but which, for many, is a popular form of entertainment. Royal Salute, a blended whisky brand owned by Chivas Brothers (Pernod Ricard) known for its rather elegant bottles, is betting there’s enough interest in this sport out there to release a special Scotch tied to it known as Royal Salute Polo Edition.

Royal Salute Polo Edition, according to those behind it, is crafted from a blend of fragrant grains and fruity malts aged for a minimum of 21 years. This blended whisky is housed in a special hand-crafted, porcelain bottle with a distinct polo theme. A turquoise-colored bottle complements three shades of blue to mimic the blue sky and green grass of the traditional polo field. The bottles are also embossed with scenes of polo players in action. 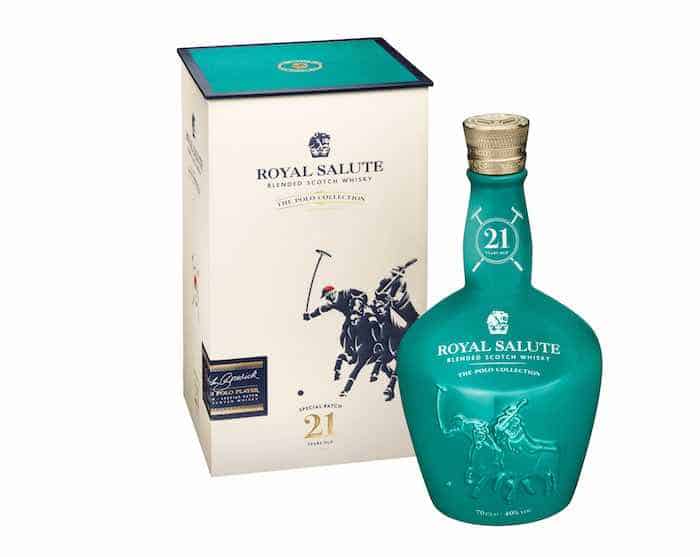 “Polo is a noble game of honour, skill, integrity and respect – all values inherent in Royal Salute,” said Peter Moore, Prestige Brand Director at Chivas Brothers, in a prepared statement. “We wanted to continue to celebrate the iconic pairing of our ‘King of Whisky’ with the ‘Sport of Kings,’ and this new Polo Edition does just that in a more delicate tasting blend ideal for outdoor, daytime enjoyment.  We’re thrilled to bring it to whisky aficionados around the world.”

Plans call for Royal Salute Polo Edition to be showcased at a polo event in Singapore and to be exclusively available in that market’s duty free in June. It will be available globally from September for around $140. Limited official tasting notes are below for your consideration.