The National Trust for Scotland is getting down and dirty with The Glenlivet distillery for a first-of-its-kind partnership that looks into the cultural heritage of Scotland and its relationship to whisky production.

The Trust announced its partnership with the brand to launch “Pioneering Spirit” — an archival and archaeological dive into the history of Scottish whisky making.

Both the Glenlivet and the Trust will conduct archaeological digs across the Glenlivet site and at National Trust for Scotland locations to uncover “the illicit stills and forgotten bothies” that were used to illegally produce and smuggle Scotch whisky across the Highlands in the 19th century. 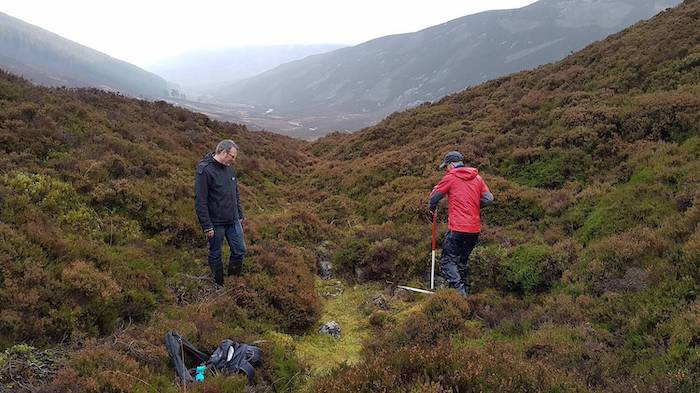 There are around 30 such stills across the area, from Torridon and Kintail to Grey Mare’s Tail, that will be analyzed.

“We are proud to be supporting the National Trust for Scotland and the amazing work they do to protect, and celebrate, what makes Scotland unique,” said Miriam Eceolaza, Global Marketing Director of The Glenlivet, in a prepared statement. “As a brand that holds so much history in the distilling of Scotch whisky, we are looking forward to learning more about the illicit trade that our founder was involved in, as well as the lasting impact it has had on the country’s rich heritage,

“We hope that through this partnership we can continue to educate and inspire whisky drinkers everywhere on the original story and taste of The Glenlivet.”

The project will bring in visitors and Scottish residents to uncover more about the country’s past and the role distilling whisky played in defining Scottish culture.

“We’re excited to be partnering with The Glenlivet to launch the Pioneering Spirit project,” added Derek Alexander, Head of Archaeology at the National Trust for Scotland. “Our charity is always searching for new ways to tell Scotland’s stories, and this project will help us shed light on a really fascinating era in Scotland’s history, which has shaped our culture and our landscapes too.

“With the goal of sharing the stories behind Scotland’s illicit whisky industry, it’s only fitting we partner with a name that is so firmly part of this story. We’re looking forward to working closely with The Glenlivet to carry out this ground-breaking conservation project and uncovering new and interesting stories for everyone who loves Scotland!”