There are few Scotch whisky distilleries like Highland Park. This well loved operation is based in Orkney, a remote set of islands off the far north coast of Scotland, and was first established way back in 1798. It is known for its aged single malt expressions, and a recently announced 50 year old is one that’s just simply stunning to consider. 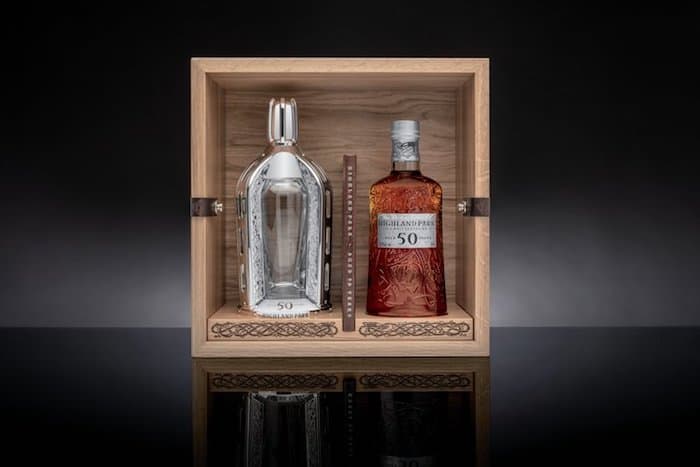 The new Highland Park 50 Year Old, according to those behind it, was originally laid down back in 1964, when the world was a much different place. It is a very limited release of just 274 bottles globally, and as for the back story behind it, here’s what the distillery’s whisky maker Max McFarlane had to say of it in a prepared statement:

We hand-bottled this Highland Park 50 Year Old from just two sherry-seasoned Spanish hogshead casks laid down in 1964, over half a century ago. We first discovered the casks in 2008, at the very back of warehouse number seven, and we were astonished by their incredible flavor.

But bringing two hogsheads of such extremely rare liquid off the island to be ‘married’ at our warehouse in Glasgow was not without its challenges. Justifiably nervous of the whisky’s great rarity, we decided that the two casks simply couldn’t be allowed to travel together. Rather, like members of the Royal Family, each cask made its journey alone, one in September and one in October 2009. Briefly parted after nearly 50 years spent side by side, the two hogsheads were reunited — the whisky ‘married’ — for a further eight years.

When we brought these two 1964 hogsheads together, we also introduced a small amount of our original 50 Year Old, first released in 2010, a 1960 vintage. It means there’s a thread of continuity, a legacy within a legacy, in each of these 274 bottles.

As you can imagine with a whisky at this level part of its overall consideration is the packaging it comes in. In this case this 50 year old Scotch is presented in a highly embossed and decorative glass bottle, which was created by Scottish designer Andy Bowman. It is included in an oak box that’s designed and individually handcrafted and prepared by Scottish master craftsman and designer John Galvin. This box also holds a highly polished crystal decanter and a brown leather book that provides insight into the development of the whisky. 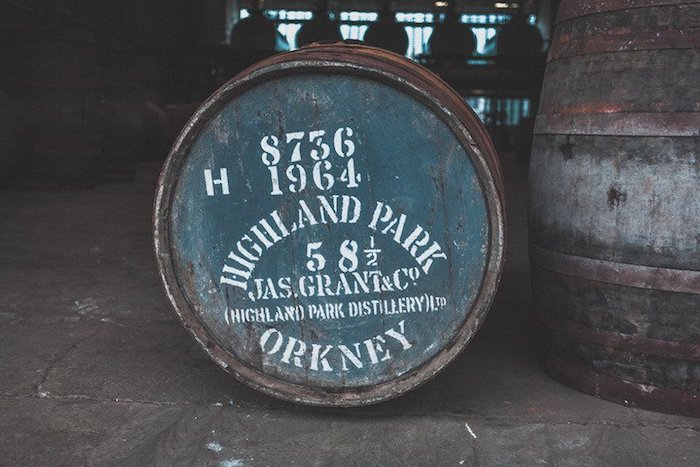 Highland Park 50 Year Old is bottled at 42.5% ABV and prices at a staggering $15,000 per bottle. Official tasting notes indicate this whisky “is clear and bright with a deep natural ruby color. It’s sweet at first, with notes of ripe black cherries and Muscovado sugar giving way to dried autumn fruits and warm, toasted wood. The hint of cedar wraps around Highland Park’s signature light peat smoke, giving way to a lingering finish.”