It is said Braudar underwent months of experimentation to create the new recipe. The single malt’s contribution has been increased slightly, making its strength higher. It has a more pronounced vanilla and fruity notes from the whisky, which creates a balance of flavors that compliment the natural Scottish honey in the liqueur. The influence of sloe berries is also present.

“We are excited to relaunch Bruadar, our Single Malt Scotch Whisky Liqueur, a product which has always received rave reviews on account of the carefully crafted balance of whisky, Scottish honey and sloe berries. Having recently rebranded our whisky portfolio with Glasgow-based design agency Thirst, it’s the perfect time to focus on Bruadar. We are delighted with the striking new design, which reflects the high-quality of the liquid within,” Douglas Crawford, Managing Director of Morrison Scotch Whisky Distillers, said in a prepared statement. 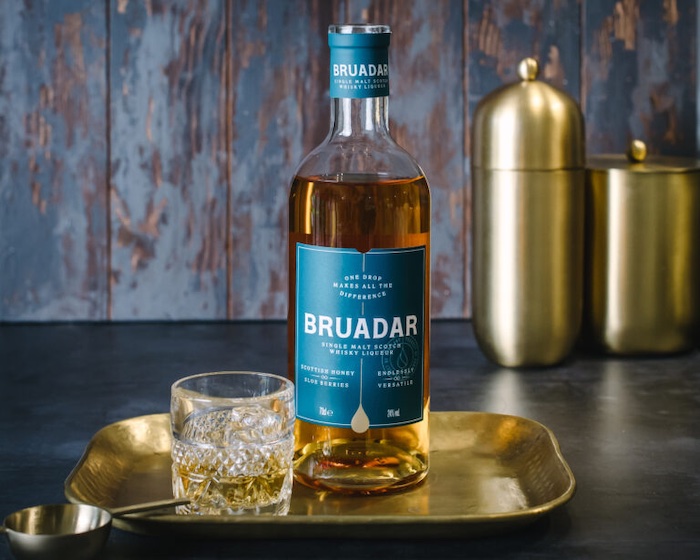 “Whisky liqueurs have been a somewhat side-lined category over recent years, but one that offers real versatility, delicious whether enjoyed straight, over ice, in a cocktail or as a cooking ingredient,” Niel Hendriksz, Sales Director, Morrison Scotch Whisky Distillers, said. “We’re looking forward to introducing a new generation to Bruadar, a drink which fully justifies its place in the cupboard at home and behind the bar.”

The Brauder official tasting notes are rich honey and fragrant floral notes on the nose that develops into fresh blossoms on the palate and silky smooth finish. The 24% alcohol by volume product has a slightly higher strength than the previous 22%. It prices at £25.95 and, for the curious, its name is Scottish Gaelic for “Dream.”