The Macallan is known as being a high end Scotch whisky brand owned by spirits company Edrington. It is particularly popular in collector circles, often seeing top level prices at auctions and retail. As demand for it continues to grow, it makes sense a new distillery with greater capacity would be established as part of a very expensive brand investment and expansion.

Edrington is investing £500 million, or a little over $670 million USD, in the brand of which the £140 million distillery (close to $190 million USD) is the centerpiece. This investment is said to focus in whisky, warehousing and particularly The Macallan’s well known sherry seasoned cask program. It is believed the new distillery will allow production of The Macallan to increase by approximately a third. 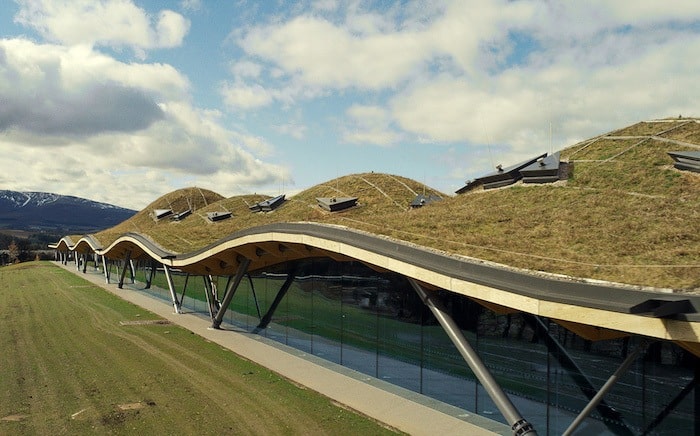 Of particular note for the new The Macallan distillery is the fact it is cut into the slope of the land, taking its cues from surrounding Scottish hills. This is designed in part to have a minimum impact on the overall visual impact of the distinguishably scenic Speyside landscape which houses this whisky making facility. Its  timber roof structure is said to be one of the most complicated timber roof structures in the world, comprising 380,000 individual components.

Also of note here are new stills crafted by Scottish coppersmiths Forsyths, who have been making what’s known as the Macallan brand’s distinctive, “curiously small” stills since the 1950s. The first whisky ran through the stills in December last year, and it is something future visitors will be able to take witness to via a new visitor experience set to open in June. It is expected that visitor numbers will double in the first year and continue to rise thereafter. 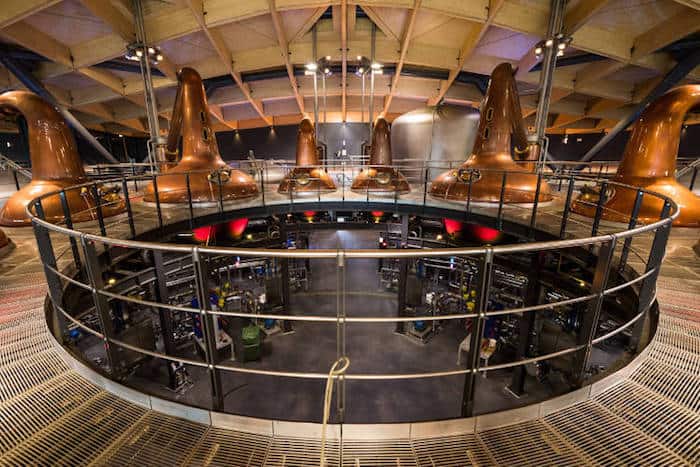 “As The Macallan has grown globally it has been very important that we make sure we can sustain demand for this wonderful amber liquid,” said Ken Grier, Creative Director, The Macallan, in a prepared statement. “We’ve taken exceptional care in making sure that the spirit that is produced in the new distillery is identical to the spirit that we produced in our previous distillery. This is the beginning of a really exciting new chapter in the evolution of this wonderful brand that is The Macallan.”