Latest Kilchoman Scotch Whisky The Pleasant Result Of A Mess

The Kilchoman distillery, considered one of the younger Scotch single malt whisky makers on Islay, is known for a range of core expressions and occasional limited edition offerings. It is usually important to run a tight distillery ship when working around all of these spirits, lest an accident happen such as mixing different whiskies not normally meant to go together while vatting. Such an accident did happen a number of years back, however, and in this case it turned into a good thing.

The new Kilchoman Am Bùrach, according to those behind it, is a Scotch single malt whisky that came about as a result of an accident back in 2014. At that time an “unnamed stillman, whilst vatting casks, accidentally mixed Machir Bay (a core expression from Kilchoman) and Port Matured Kilchoman causing Islay Heads, General Manager, to describe the resulting whisky as ‘Am Bùrach,'” which means “the mess” in Gaelic. 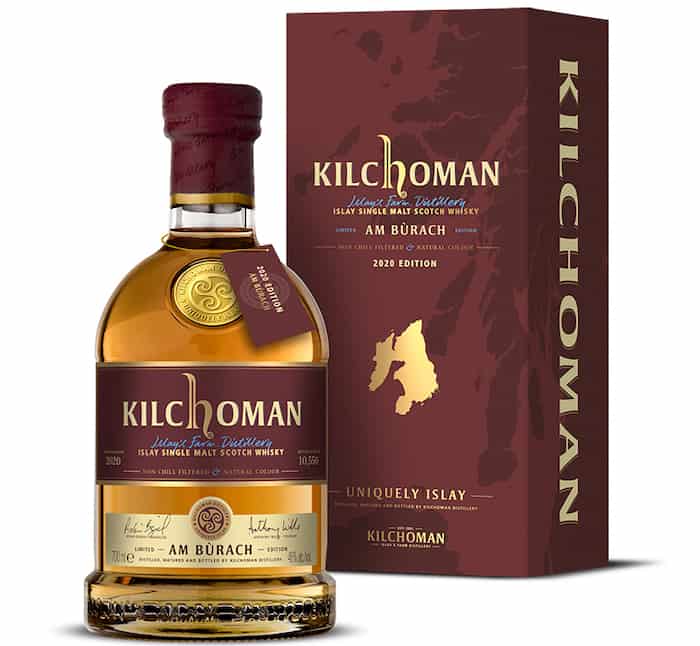 Kilchoman Am Bùrach (image via Kilchoman)

As described by the distillery team, this whisky is a one off that’s had “a somewhat complicated nine year maturation, a vatting of bourbon and sherry matured Kilchoman combined with port cask matured in 2014, the whisky was then filled back in bourbon barrels for a further six years ahead a six month ﬁnish in ruby port casks.”

“Making great whisky is often about being patient,” said Anthony Wills, Kilchoman Founder and Managing Director, in a prepared statement. “In 2014 the whisky was all over the place but given time to mellow and develop it has become a wonderfully balanced and unique Kilchoman single malt.”

Plans call for just 10,550 bottles to be released worldwide. Limited official tasting notes for Kilchoman Am Bùrach suggest “its depth of character sets it apart, rich, fruity and sweet on the nose, it coats the palate with red fruits, creamy sweetness and herbaceous peat smoke on the palate before a long ﬁnish of dried fruit and citrus sweetness.”

14
Shares
1.9k
Views
Share on FacebookShare on TwitterGet Our Newsletter
Get The Glenlivet 18 Year Old at ReserveBar. Shop now!