Scotland’s Glencadam Distillery, founded in 1825 and located in the Highlands region, is normally an operation whose whisky is used for blending. They have some single malts there as well however, and now one of the newest focuses upon “the long history that the distillery has with sourcing casks from the world famous sherry region, Andalucia in Spain.”

The new Glencadam Reserva Andalucia, according to those behind it, is a Scotch single malt whisky that is first aged in ex-sherry and ex-bourbon casks from the ancient dunnage warehouses at the distillery. Glencadam master distiller Robert Fleming then selects a number of these, marries them together and then finishes the whisky in “exceptional Oloroso Sherry butts, which Robert had personally chosen from some of the finest sherry bodegas in Andalucia.” 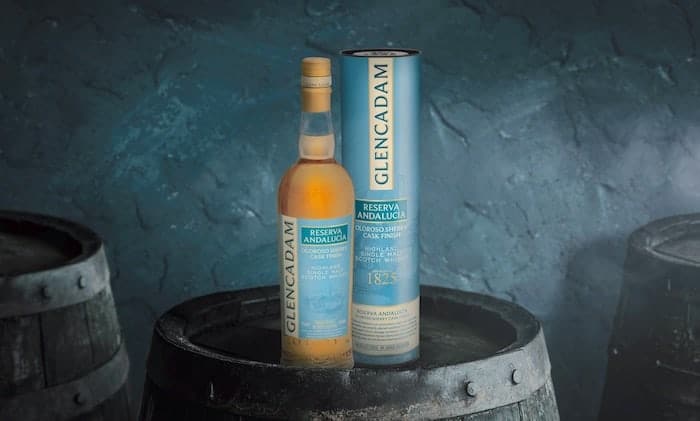 The resulting whisky, bottled at 46% ABV, is a non-age statement release that reportedly “retains all the sweet and spicy character that makes Glencadam so unique, balanced with a delicious, smooth and honeyed finish.” You’ll find more official tasting notes at the end of this article for your consideration.

Plans call for Glencadam Reserva Andalucia to be released globally starting this month. No immediate price was mentioned, and it should be noted this is a limited edition release.