Every year, a limited-edition bottling from the Càirdeas series is crafted by John Campbell, Laphroaig’s distillery manager, to celebrate the Friends of Laphroaig. He started the group in 1994 for friends, fans and followers of Laphroaig to join from all over the world. And, he notes, Càirdeas means friendship.

The annual release of the Càirdeas series is a sought-after collectible among Laphroaig’s loyal fans. 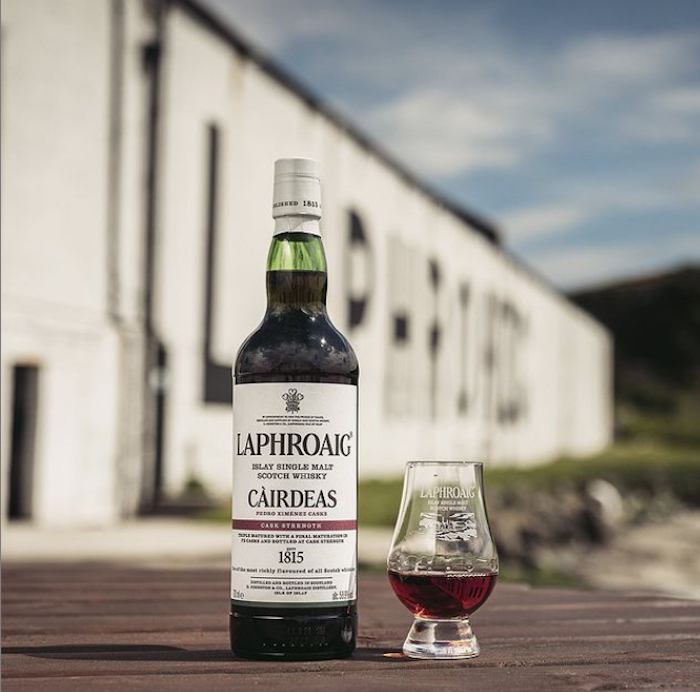 Each cask combines to create a complex expression, which is then bottled at cask strength to bring out the full, intricate flavors.

In total, 3,500 cases of Laphroaig Càirdeas 2021 were produced and made available for purchase in U.S. stores for a suggested retail price of $99.

Càirdeas 2021 PX Edition, Pedro Ximenez Cask official distiller’s tasting notes are below. It is suggested this whisky be served neat with a few drops of water.