Is Over $50 Million In Antique Scotch Whisky Fake?

If you are a buyer of antique Scotch whisky – bottlings that are perhaps pre-1900 or even a bit after that – you’ll want to take note of a new study out of Scotland which found that over 20 bottles, potentially thought to be worth around £635,000 (over $800,000 USD), have all been confirmed as modern fakes.

The research, carried out by the Scottish Universities Environmental Research Centre (SUERC), in conjunction with rare whisky firm Rare Whisky 101 (RW101), took a look at 55 bottles of old Scotch acquired by RW101 from different secondary market sources. Of these, 21 were confirmed to be either outright fake or whiskies said not to be “distilled in the year declared.” 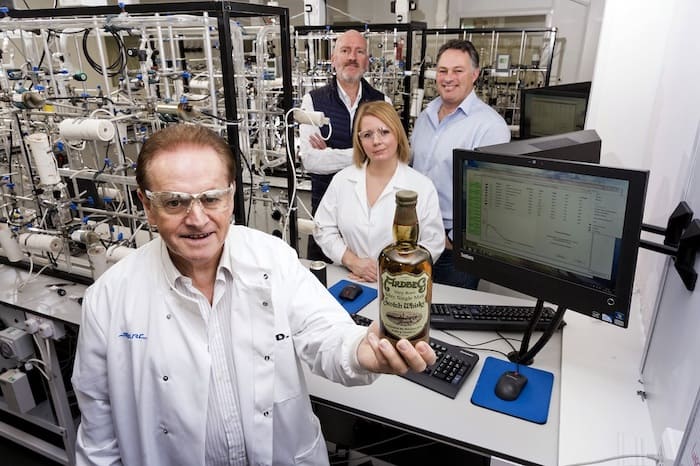 Based upon these results, which were generated from more than nine months of testing, RW101 estimated “that around £41M (over $50 million USD) worth of rare whisky currently circulating in the secondary market, and present in existing collections, is fake.”

“We are clearly disappointed to discover that, without exception, every single ‘antique’ pre-1900 distilled whisky RW101 have had analysed over the last two years has proven to be fake,” said RW101 co-founder David Robertson in a prepared statement. “It is our genuine belief that every purported pre-1900 – and in many cases much later – bottle should be assumed fake until proven genuine, certainly if the bottle claims to be a single malt Scotch whisky. This problem will only grow as prices for rare bottles continue to increase.”

As for how the testing happened, it was done via radiocarbon dating the liquid in the bottles. More specifically, according to those involved,

The process through which these whiskies have been dated is based on the evolving science of identifying levels of radiocarbon (or C-14) within the liquid.

Radiocarbon is produced continuously in the upper atmosphere at a virtually constant rate so that everything, while alive, has approximately the same level of radiocarbon.

However, everything changed in the 1950s with the onset of the Cold War and the commencement of atmospheric nuclear weapons tests, leading to an increase in atmospheric radiocarbon levels which, in turn, were absorbed by all living organisms. These levels continued to increase until 1963, when the test-ban treaty ensured that radiocarbon levels would steadily decline over the ensuing decades.

So, what has all this got to do with fake whisky? Put simply, minute levels of radiocarbon were absorbed by the barley as it grew, providing each whisky with its own radioactive date signature.

Such is the accuracy of the process that SUERC are able to pinpoint likely distillation years to within a two to three year period post the 1950s. For samples pre-dating the 1950s, the technique provides a wider vintage band.

“It is disappointing to see the large percentage of vintage whiskies that turn out to be fake,” said Professor Gordon Cook, head of the SUERC Radiocarbon Laboratory. “However, we have developed a very powerful technique to beat the fraudsters and I’d advise anyone thinking about selling what they consider to be an early product to have it analysed.”

151
Shares
495
Views
Share on FacebookShare on TwitterGet Our Newsletter
Get Jefferson's Ocean at ReserveBar. Shop now!