Glenmorangie recently sought to bring the taste of Spain to all whisky lovers alike with one of their newest releases: a sweet and rich small-batch Highland single malt Scotch finished in casks that once housed sweet, fortified wines made in the area surrounding southern Spain’s ancient city of Malaga.

Glenmorangie Malaga Cask Finish is a 12-year-old limited edition that, according to tasting notes from the brand, brings an explosion of flavors from the south of Spain, including sultanas, raisins, dates, tangy mandarin orange, milk chocolate, honey and brown sugar, as well as hints of citrus. Spices such as cinnamon, ginger, nutmeg and sweet star anise also arise in the syrupy liquid, allowing the mixture to give off a mellow fragrance and chestnut color. 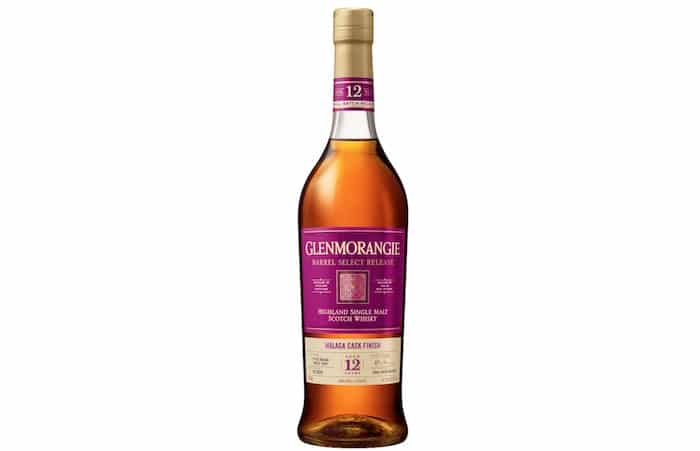 After being softened for eight years in bourbon casks, the whisky is further casked in Malaga ‘dulce’ wine casks (which once contained wines at the sweeter end of Malaga’s range) for four years, combining the flavors from southern Spain wines with “the creamy and fruity tastes” of Glenmorangie. The idea came from the distillery’s Director of Whisky Creation Dr. Bill Lumsden, who hand-selected each cask to be bottled for this special “Distillery’s Barrel Select Release.”

Lumsden found himself captivated by the intense sweetness of the wines of Malaga and began to dream of lacing their delicate taste with that of Glenmorangie’s creaminess. He said of this in a prepared statement that “the honeyed aromas and fruity, chocolatey tastes of Glenmorangie Malaga Cask Finish take me straight to the sun-kissed south of Spain, where Malaga’s famed fortified wines are made. By finishing our soft, creamy whisky in Malaga ‘dulce’ casks, we’ve created an indulgently sweet and rich small-batch single malt.

“Our Barrel Select Release is delicious treat for whisky lovers old and new.”

Glenmorangie Malaga Cask Finish prices around £75, or around $100 USD, and is available now. It is bottled at 47.3% ABV.

115
Shares
9.8k
Views
Share on FacebookShare on TwitterGet Our Newsletter
Get The Glenlivet 18 Year Old at ReserveBar. Shop now!