Glenmorangie Cadboll, according to those behind it, initially spent its time in  ex-bourbon casks in the distillery’s warehouses, not far from Glenmorangie House. This whisky, at some point, was transferred to French barriques which previously held wines such as those of the Muscat and Sémillion grapes. It was then bottled at 43% ABV. 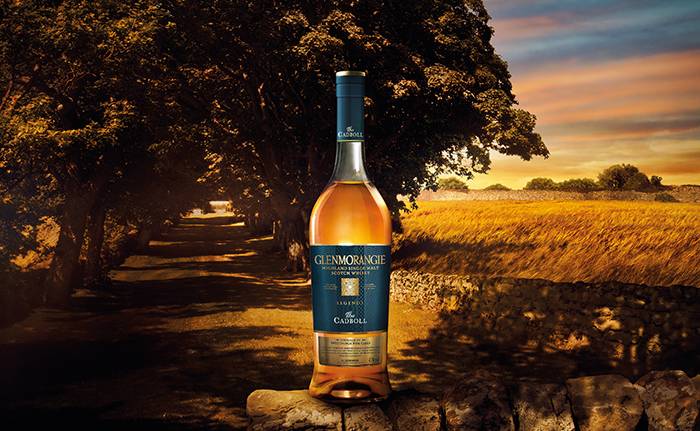 This particular expression is the third permanent release in the distillery’s Legends Collection, of which the other bottlings in it are also travel retail focused. You’ll find official tasting notes for it at the end of this article. The name Cadboll, by the way, pays homage to a 16th century silver wine cup long treasured by the MacLeods of Cadboll, whose connections with Glenmorangie’s homeland are old. In 1699 they created Glenmorangie’s Highland home, Glenmorangie House (then Cadboll House) a few miles from where the Distillery now stands.

“The Cadboll Cup’s secret past is fascinating,” said Lumsden in a prepared statement. “Even now, no one knows who crafted the cup – or how its marriage of Highland and continental design came to be. Glenmorangie Cadboll is our sumptuous celebration of its contrasting character. The whisky’s aromas of baked bread and toasted brioche remind me of France. It is delightfully smooth and sweet on the palate, with tastes of mint humbugs, milky toffee and a long finish, full of old-fashioned confectionery. I hope the travelling connoisseur will enjoy this sweet tribute to our homeland’s heritage.”