Scotland’s Glenglassaugh distillery, considered part of the Speyside whisky making region, was originally established back in 1875. It produced Scotch up until 1986, when it was shuttered amongst economic concerns. It stayed silent until 2008, when it was brought under new ownership and began producing again. Now under Brown-Forman ownership, a new series of wood finished expressions have been unveiled.

The new Glenglassaugh Wood Finish Series, according to those behind it, consists of four offerings initially, with each being transferred from their original American ex-bourbon barrels into other types of casks for additional maturation for an undisclosed amount of time. These finishes include peated virgin oak wood, Pedro Ximenez sherry wood, peated port wood, and port wood. 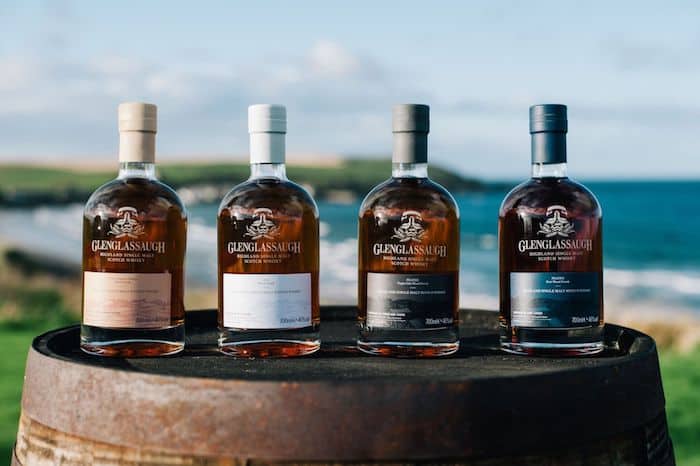 “The release of Glenglassaugh’s first ever Wood Finish range marks a new chapter for this elemental distillery,” said Glenglassaugh Whisky Maker Rachel Barrie in a prepared statement. “As surf crashes on Sandend Bay and invigorating North Sea air passes through our warehouses, Glenglassaugh matures first in American ex bourbon casks, before changing course in either Virgin Oak, Pedro Ximenez or Port wood, on a voyage shaped by the sea.”

Specifics on availability and pricing were not immediately made available, but you’ll find official tasting notes for each below.

54
Shares
161
Views
Share on FacebookShare on TwitterGet Our Newsletter
Cheers to the Dads! Personalize a bottle of his favorite whiskey to create a modern gift for the modern man. Use code: FATHERSDAY20 for $20 off your next order of $100 or more at ReserveBar