The Glenfiddich Experimental Series, as we saw last year with the popular Winter Storm whisky that was finished in ex-Canadian ice wine barrels, is a line extension which gives this Scotch whisky distillery some room to tinker around with. Another bottling is now hitting retail, this time taking smoky spirit and finishing it in ex-rum barrels.

The new Glenfiddich Fire & Cane, according to those behind it, brings together “smoky whisky” and non-peated malts that had been aging in ex-bourbon barrels and finishes the mixture in ex-Latin rum casks. The resulting 43% ABV expression has what’s described as “campfire smokiness and toffee sweetness” and is non-age statement in nature. 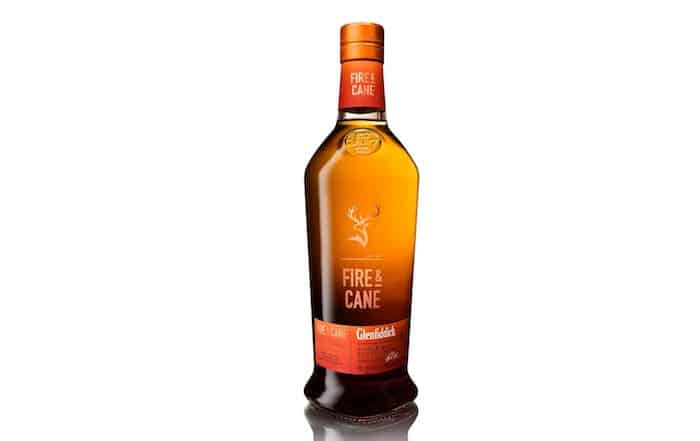 “This new single malt truly encapsulates the spirit of experimentation,” said Brian Kinsman, Glenfiddich Malt Master, in a prepared statement. “We started with a question – what would happen if we did something with peat that we had not done before? The answer is an unconventional and unexpected whisky, one that is truly surprising. During the tastings, some experienced the unusual smoky notes, while others tasted toffee flavours – this phenomenon can be attributed to the Scotch spending three months in sweet rum casks. It’s a bold combination, which I’m sure will appeal and intrigue single malt enthusiasts as well as those looking to try something new and different.”

Fire & Cane comes in a special bottle whose glass changes from a black/brown base to clear when displaying the enclosed golden colored whisky. It is set to price around $50, and you’ll find some official tasting notes below for your consideration.