The Dalmore distillery, as it continues to celebrate its 180 year history, has been digging deep into its storied aging warehouses for rare and very expensive Scotch single malt whiskies to release into the market. We recently saw a 60 year old offering come to market, and now word is a 51 year old expression is coming also.

The new The Dalmore 51 Year Old, according to those behind it, has gone through a rather interesting maturation journey. It was initially aged in American white oak, ex-bourbon casks before “being apportioned” between Port Colheita 1938 casks, Matusalem sherry casks and first fill bourbon casks. It was all then reunited in “specially selected bourbon barrels for a final finish” before ultimately being bottled at 40% ABV.

“The Dalmore 51 Year Old is a noble single malt of rare profundity and it has been my pleasure to closely follow its maturation over five decades,” said Richard Paterson, Master Distiller at The Dalmore, in a prepared statement. “I am always looking towards the future and I carefully consider how each distillation will evolve, moving our spirits to new wood to transform their conclusion. The Dalmore 51 Year Old is a fine example of this.” 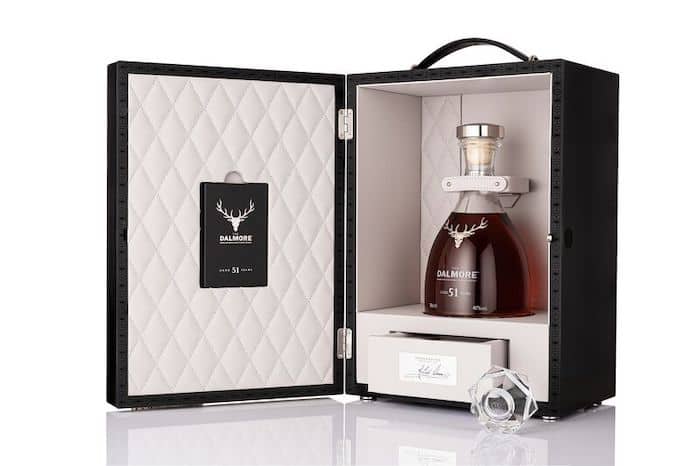 Packaging for this release strays into higher end territory, of course, with it being noted that it is “presented in a striking decanter and adorned with the iconic 12-point ‘Royal’ stag in Sterling silver and crowned with a crystal stopper, each bottle pays homage to The Dalmore’s Royal heritage. Every decanter is held in a hand-crafted high gloss coffret case crafted from black sycamore wood.”

Should you choose to seek out The Dalmore 51 Year Old, expect to drop £55,000, or around $71,500 USD, for one of the 51 bottles of it being released at select retailers in domestic and travel retail markets. Official tasting notes can be found below for your consideration.