Unique casks are the hallmark for the limited, Highland single malt Creation Series from Cù Bòcan, distilled at Scotland’s Tomatin Distillery near Inverness.

The limited series looks to push what’s described as the boundary of whisky through experimentation … nothing new to Cù Bòcan as it was among the first to use Japanese Shochu casks for maturation of their single malt. That was Creation #2. 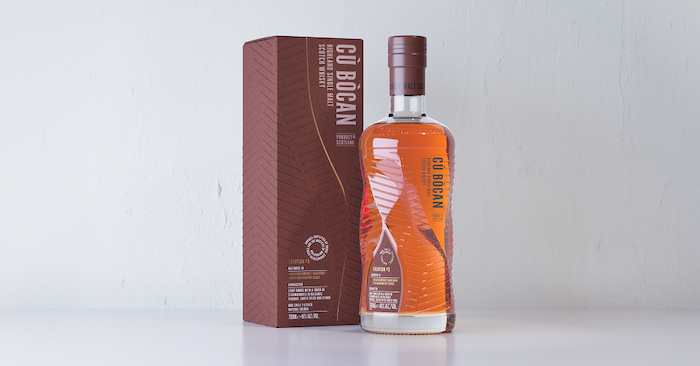 Cù Bòcan Creation #4 brings together the finishing casks of Port and Cognac, which lends itself to what’s described as tastes of plum jam, grilled peach, stewed forest fruit, cinnamon and sweet campfire smoke.

Graham Nicolson, Cù Bòcan sales director, said in a prepared statement, “We are delighted to finally be able to release these two new Creations to our customers. We’re excited for all that 2022 has in store for Cù Bòcan and looking forward to opening up the world of lightly peated whisky, while continuing to explore unusual and intriguing finishes.”

Bottled at 46% ABV, the Creation series is limited to 4,200 bottles worldwide of each. They have a suggested retail price of £60 for Creations #3 and #4, and £45 for the Signature.