Cù Bòcan 2005 Vintage Yet Another “Limited Edition” From Tomatin

Can too many “limited edition” bottlings from a particular brand actually make it feel less limited? I’m not entirely sure, but I can tell you one thing – Scottish distillery Tomatin, fresh on the heels of its 1988 Cù Bòcan release in June, is back again with another “limited” expression from the same lineup known as Cù Bòcan 2005 Vintage.

Cù Bòcan 2005 Vintage, according to the distillery, was aged for 11 years in a combination of ex-sherry and bourbon casks before being bottled at 50% ABV. It is natural color and non-chill filtered, and serves as a further line extension for a lightly peated alternative to the traditional fruity flavors of the more regular Tomatin single malts. 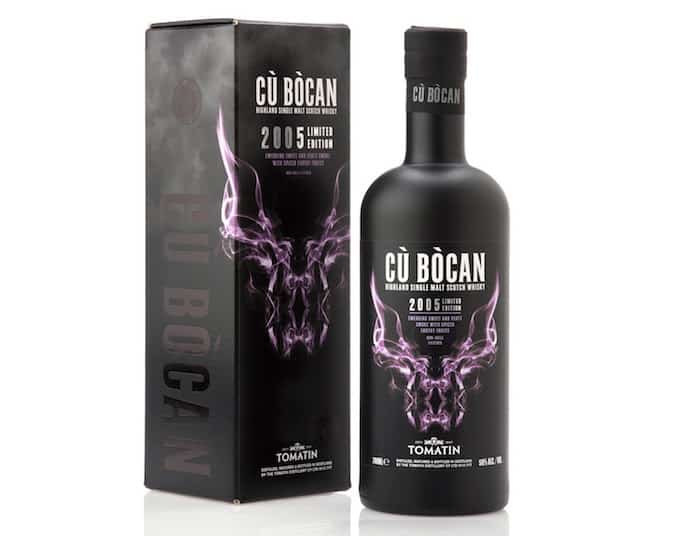 “When we started distilling peated whisky in 2005 it was intended to be used for our on-site blending activities,” said Stephen Bremner, Sales Director at Tomatin, in a prepared statement. “However, when it became of age we recognised it had to be released as a single malt and so Cù Bòcan was born. Three years down the line, we are constantly looking for ways to develop the brand and experiment with new expressions. This vintage release celebrates how our light, fruity flavours when combined with peated barley make for a sensational smoky spirit.”

Official tasting notes for the 2005 Vintage, limited to 11,400 bottles which each price around £50 (about $65 USD), are below for your consideration. This brand, by the way, is “named after a mythical Highland hellhound which was rumoured to haunt the village of Tomatin.”

Aroma: Butterscotch, toffee apples and honey are met with a hint of vanilla that binds these big sweet flavours together. The faint smoke of heather burning lingers in the background throughout. In time, chilli infused chocolate, lemon syrup and a very slight hint of smoked bacon emerge.

Palate: A burst of candy floss and birch sap sweetness is complimented by a gentle touch of peat smoke which brings a rounded earthy note to the taste. Dark chocolate, winter spice and poached fruits leave a warming suggestion of Christmas pudding.

Finish: Rounded and full. The combination of sweet and smoke is left to evolve on the palate with soft fruits continuing to play a role.