Auchentoshan Turns To Bartenders For Help With New Scotch Whisky

Beam-Suntory-owned Lowland whisky distillery Auchentoshan last year held a cocktail competition in which bartenders were chosen from around the world for their winning submissions. This so-called “New Malt Order,” consisting of twelve members from five countries, were then brought to the distillery to help in the creation of a new whisky now known as The Bartender’s Malt.

Auchentoshan The Bartender’s Malt, according to those behind it, was created by these bartenders from a range of distillery casks and ages. While very specific details were not provided, what is known of this non-age statement expression is that it includes “whiskies spanning five decades (the youngest of which were 6 years old) [that were] matured in ex-Laphroaig casks, rum casks, red wine barriques, German oak casks and American oak casks.” 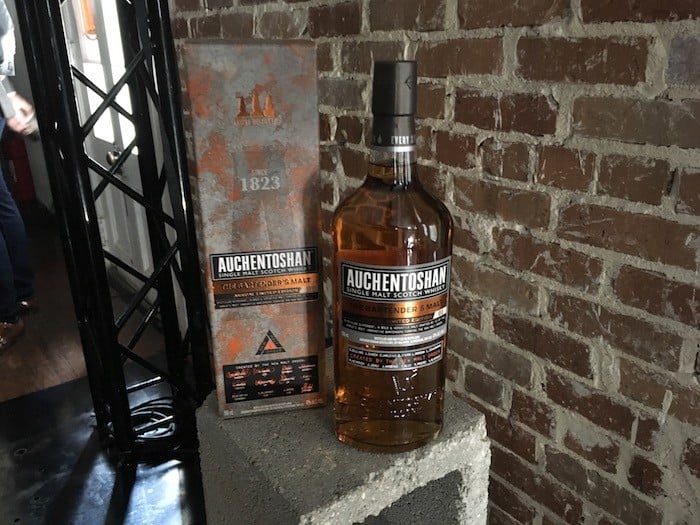 It is said every aspect of this whisky, ranging from the cask selection to the packaging design and branding, was handled by the bartenders, who include:

“Each member of the New Malt Order has made an indelible mark on our Single Malt to create not just a new liquid but a new interpretation of our brand,” said Judith Giegerich, Senior International Brand Manager Malts for Beam Suntory, in a prepared statement. “We’re proud to champion the talents of dynamic bartenders from around the world who refuse to be constrained by tradition and look forward to sharing The Bartender’s Malt with the global bartending community.”

Plans call for this whisky to price around $47. Extremely limited official tasting notes suggest “sweet and smoky aroma of apricots, honey and tobacco leaf, and a zesty yet smooth and delicate Auchentoshan taste.”