The newest expression from Ardbeg is the result of an unplanned experiment that led to the longest fermentation in Ardbeg’s history.

In November of 2007, The Ardbeg Distillery found that a broken boiler threatened six washbacks full of whisky. The team at Ardbeg tried to revive the boiler, but it was dead.

Dr Bill Lumsden, Ardbeg’s director of distilling and whisky creation, said he saw that situation as an opportunity to experiment. 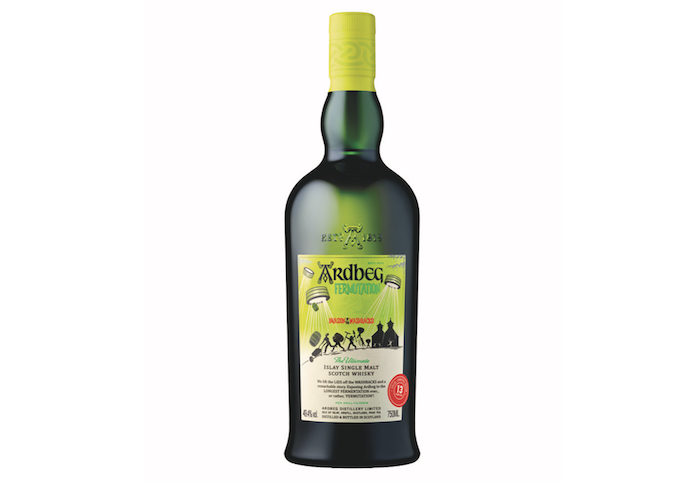 He instructed the distillery crew to throw open the washback lids and expose the contents to the Islay air. And that began a three week-long fermentation, the longest in Ardbeg’s history, which eventually gave rise to a wild and zingy spirit, the distiller explained.

“I’ve always wanted to experiment with longer fermentations, so I think an unintentional boiler breakdown was the best thing that could have happened,” Lumsden said in a prepared statement.. “For context, most Ardbeg is only fermented for 72 hours, making three weeks unchartered territory for us. The outcome is a dram that tastes like pure science fiction. Peat and smoke meld beautifully with fresh, floral flavors, while sharp, more malty notes give Ardbeg Fermutation a uniquely zingy profile.”

Colin Gordon, Ardbeg’s distillery manager, said that sometimes, blind luck is just a part of the way they do things at Ardbeg. “But the creation of Fermutation wasn’t simply good fortune. Quick thinking, ingenuity and a little assistance from tiny beings in the atmosphere helped us get here. At 13 years old, this is of course an aged Ardbeg – something I’m sure our fans will be delighted to get their hands on.”

As a Committee-only bottling, Ardbeg Fermutation is only available to members of The Ardbeg Committee at this time for a suggested price of $199.99. Those interested can join The Committee by signing up at www.ardbeg.com/committee.

Committee Members are regularly consulted on new bottlings and expressions and are offered exclusive Committee bottlings. Members also receive invitations to special gatherings, tastings and events. The Committee is free to join.