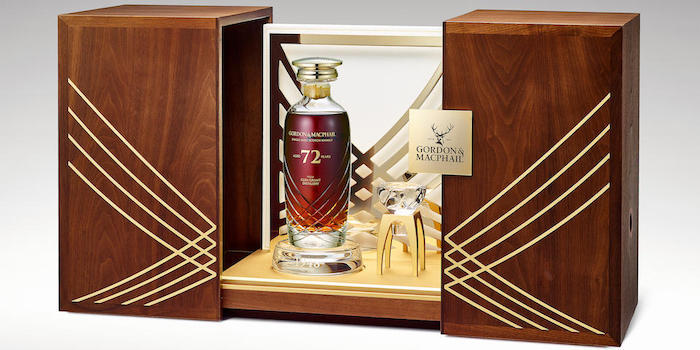 “The accent in our first sale of the year is very much on traditional Scotch whisky, including the stunning Glen Grant-1948 -72-year-old making its auction debut, classic Macallan Lalique and some unusual bottles such as the two Springbank Door Gods,” Bonhams Director of Wine and Whisky, Asia, Daniel Lam said, in a prepared statement. “Among the selection of whisky from Japanese distilleries, the Hibiki ceramic-35 year old-Tokuda Yasokichi III is very special.”

A bottle of Coilltean-1975 from the Glen Garioch distillery, imported to Italy by S. Samaroli of Brescia, will be showcased at an estimated price of HK$8,000-48,000.