The yearly The Irishman Vintage Cask, released by Walsh Whiskey out of Ireland, is noted for being “a rare cask strength Irish whiskey expression.” The newest variant of it is out now for 2020, taking the form of the 12th edition of this bottling since it debuted in 2008.

The Irishman Vintage Cask 2020 edition, according to those behind it, is described as “a unique marriage of Aged Single Pot Aged Still & Single Malt, matured in first-fill bourbon casks, non chill-filtered and cut to 55.2% ABV.” Each bottle of it “is presented in an elegant wooden cask, uniquely numbered, and with a dated certificate signed by Bernard Walsh, the co-founder of Walsh Whiskey and creator of The Irishman.” 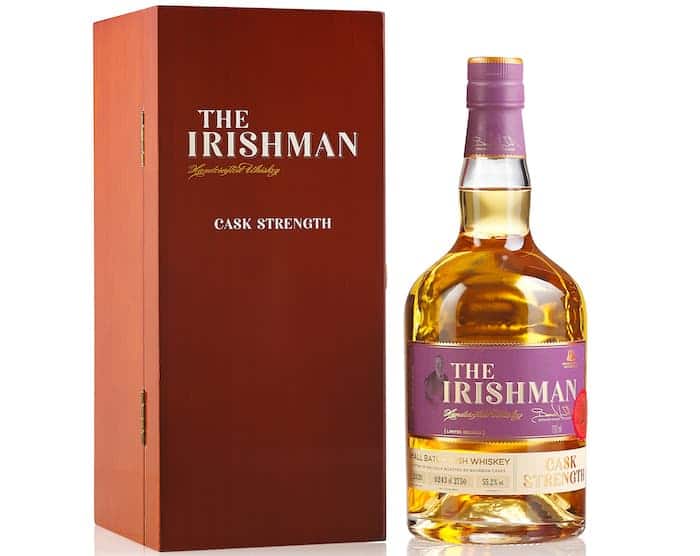 “Our Vintage Cask Strength releases are much sought after so, with just 750 bottles in the United States and 3,500 in total worldwide, they will be prized-possessions for whomever secures one,” said Walsh in a prepared statement.

Plans call for this Irish whiskey to price around $140 per 750 ml bottle. Besides the US, it will be available in Travel Retail and also Ireland, Australia, Canada, France, Germany, Holland, Japan, Poland, Russia and the UK. You’ll find some limited official tasting notes at the end of the article for your consideration.

As a side note, the brand indicated that when The Irishman Vintage cask first debuted it was “the first triple-distilled Cask Strength Irish whiskey released in over half a century.”