The Busker Is A New Irish Whiskey Brand From Disaronno

Disaronno International is an American company sharing the name of a very popular Italian liqueur, serving its parent Illva Saronno SpA as the latter’s US importer of that namesake drink and some other products. It is now bringing to our shores a new Irish whiskey known as The Busker.

The Busker, according to those behind it, is said to be “born out of a modern Ireland, where the contemporary and bold meet at the crossroads of tradition.” What this means exactly from a product standpoint is anybody’s guess, but as for what’s in the bottles, it is said to include all four types of Irish whiskeys (single grain, single pot still, single malt and blend). 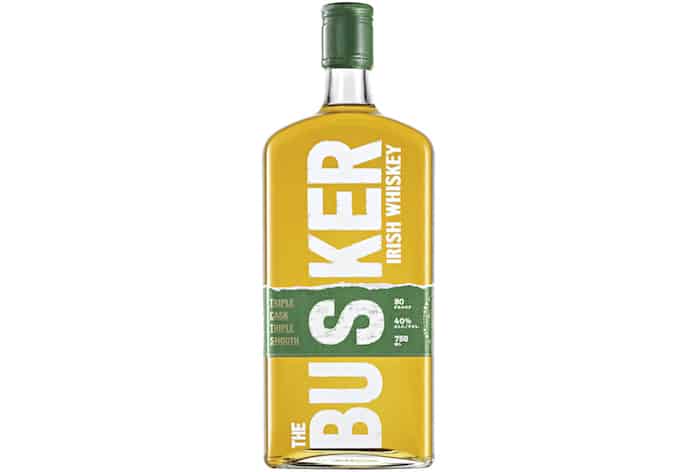 The Busker (image via Disaronno International)

More specifically the primary offering, known simply as The Busker, is a blend combining the single grain with high percentages of the single malt and single pot still. It is matured and finished in three different casks (bourbon, sherry and marsala), resulting in reportedly what is a very smooth expression.

Alongside the blended Irish whiskey is also the new The Busker Single Collection, represented by individual variants of Single Grain, Single Pot Still and Single Malt.

“We aim to disrupt the Irish Whiskey category by attracting new and authenticity-seeking consumers to the brand,” said Ray Stoughton, Executive Vice President of Disaronno International LLC, The Busker’s parent company, in a prepared statement. “While we honor the rich Irish heritage and whiskey-making traditions to produce superb liquid, we go beyond the limitations and lines of history to create our own story.

“The American consumers are thirsty for something that’s exciting and innovative, and The Busker delivers just that.”

As it stands now plans call for all four expressions under The Busker brand to be released nationwide, with the flagship blend pricing around $25 per 750 ml and the Single Collection bottlings dropping at around $30 each. It should be noted as well all of these whiskeys are produced at Royal Oak Distillery, which is located on an 18th century estate in the Ancient East region at County Carlow, Ireland.