Irish born Kentucky businessman Pearse Lyons is one who definitely made his mark on the Kentucky bourbon distilling scene. The billionaire was the founder of Alltech, a multi-focused company based out of Lexington, Kentucky, that has operations in animal feed, meat, brewing and distilling. The distilling side was centered around the Town Branch line up of whiskeys. Lyons always maintained a special place in his heart for his country of origin, however, and brought to life a new distillery in Dublin called the Pearse Lyons Distillery. Sadly he passed away earlier this year, never getting to see that the first single malt from his Irish whiskey efforts has now come to market.

What’s known as the Pearse Lyons Single Malt Irish Whiskey is just now coming available in Ireland. A five year old expression that’s bottled at 46% ABV, it is said to be the first five-year age statement Irish whiskey to appear from a new distillery in the whole of Ireland in more than 25 years. It was wholly produced and aged in this island nation, using malted Irish barley and a special yeast strain. The spirit was then aged in bourbon casks from the Alltech distillery in Kentucky. 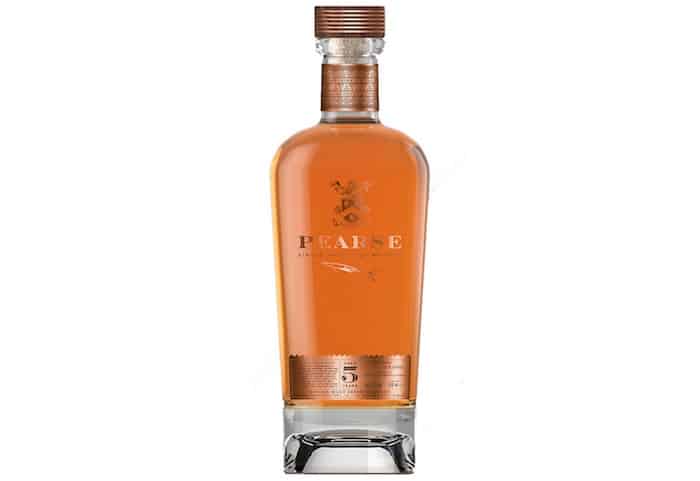 As the story goes, the development of this new Irish whiskey began back in 2011 when Lyons, who was keen to revisit his roots in Irish brewing and distilling, transported two small-batch copper pot stills from Kentucky to Ireland. The pot stills began making spirit in Ireland in 2012 and when the Pearse Lyons Distillery opened in 2017 in the heart of Dublin’s Whiskey District, they took pride of place, nestled in the sanctuary of the refurbished St. James Church. The wash still, named ‘Mighty Molly’ includes a “neck and ball” configuration which assists in refining the spirit character in the first step of distillation. The spirit still, ‘Little Lizzie’, features four rectification plates that further purify and refine the spirit collected.

“The release of the Pearse 5-year-old Single-Malt Whiskey marks a significant milestone for us and is something we are incredibly excited about,” said Gearoid Cahill, Head Distiller at the Pearse Lyons Distillery, in a prepared statement. “This is a really special pure new whiskey stream which has not been altered, diluted or blended in any way. We would not be here today without the vision, passion and commitment of one man, the late Pearse Lyons, who personally sourced our magnificent signature pot stills, selected the bourbon barrels in which is it aged from his Town Branch Distillery in Kentucky and transported them to Ireland to begin this exciting journey. We know that he would be incredibly proud to see this product come to fruition.”

Plans call for the first release of this whiskey to feature 1,000 individually numbered bottles of a cask strength version that will be exclusively available in the Irish Whiskey Collection at The Loop in Dublin and Cork Airport. This is being followed by a limited release of the regular bottling in 4,000 individually numbered bottles, each pricing around €80, or about $95 USD.