This autumn, Lambay Whiskey out of Ireland has announced their new release of Lambay Malt Irish Whiskey, a blend of Irish single malt whiskeys that are “triple and double distilled, bourbon cask matured and uniquely finished in cognac casks.” The spirit has been sourced from independent Irish distilleries and blended with Lambay Single Malt casks that have been exposed to the sea air and maritime winds on the isle of Lambay. Finally water from the Island’s own water source, Trinity Well, is added before bottling.

Famous for being a wildlife sanctuary, Lambay Island is located in the Irish sea off the northeastern coast of Ireland and has been owned by the Baring family since 1904. Lambay Whiskey was born from a collaboration between Baring and Camus, a family-owned cognac producer that has over five generations of expertise. The founding families are represented on the label through an Atlantic Puffin, a native inhabitant of Lambay Island, flanked on either side by cognac casks depicting the French fleur-de-lis. 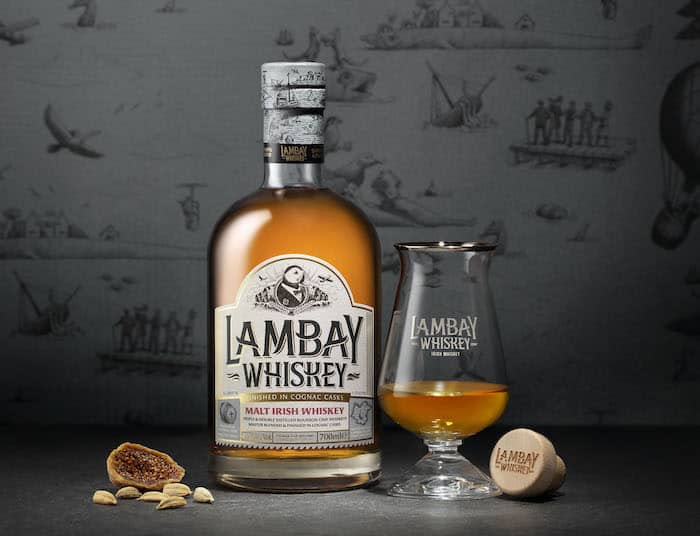 With an ABV of 43%, the non-chill filtered Lambay Malt Whiskey has official tasting notes of “dark mahogany in color with aroma notes of malt, floral, tropical ripe banana, and sweet fig. It tastes of coconut, malt, and dried fruits and berries and has an exotic finish of nutmeg and cardamom. The smooth beverage has a lingering sweetness with a long lasting malt.”

Lambay Malt Irish Whiskey has been released on IrishMalts.com, an e-commerce platform that’s focused upon Irish whiskeys, gins, and rums. The site  was created to support the rapidly growing Irish spirits business, and markets predominantly independent whiskey brands and distillers to a worldwide audience.

Beyond this, plans call for this release to head to a wider range of retailers as time goes along.