Priced at €90.00 per 70cl bottle, with the Cask Strength priced at €190.00, the single pot still whiskey is available at DingleDistillery.ie, IrishMalts.com, Celtic Whiskey Shop and independent off-licences in Ireland. 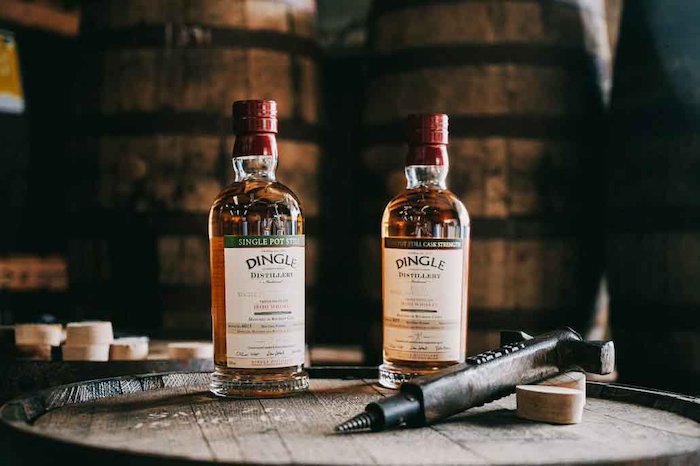 Elliot Hughes, Dingle’s managing director, said in a prepared statement, “We are delighted to launch the last in our small batch Single Pot Still series … Unique to Ireland, the single pot still tends to yield smaller volumes, with a more intense character to begin, but matures quickly. This launch will be of particular interest to those who have followed our journey since our first single pot still release of just 800 bottles in 2017.”

Dingle’s Master Distiller Coull described the flavor profile of Dingle Single Pot Still 5, saying, “It’s been wonderful to play my part in the distilling process for Dingle Single Pot Still 5. With an all-bourbon maturation, the resulting flavor profile reveals tones of dried raspberries and butter mints followed by white chocolate with a sprinkling of flaked almonds. The chocolate gives way to that returning Dingle spice of soft wood and leather notes which glide you into a long, memorable finish. It really is a must try, even more so as it is the last in the series.”

Single Pot Still 4 – Launched in November 2020 with 8,000 bottles plus an additional 500 Cask Strength bottles for the first time. The Fourth Single Pot Still release from Dingle combined fully matured ex bourbon and ex Oloroso sherry casks allowing the uniqueness of the Pot Still spirit and the quality of the wood to shine through.