Dunville’s Irish Whiskey recently released its new 1808 blend: Dunville’s 1808 Blended Irish Whiskey, a fresh take on solid tradition. The release is a part of the distillery’s expansion of its core range. The 1808 is a modern blend of malt, grain and pot still whiskeys aged in American oak casks and bottled at 40% alcohol by volume.

“It is a great option for everyone, from the ‘whiskey connoisseur’ who can enjoy it as an everyday sipper, to the ‘whiskey curious’ who want to try Irish Whiskey but aren’t quite sure where to start. We very much see 1808 as a gateway o the Dunville’s range. A whiskey that will take its place proudly on any back bar and introduce the brand to a much wider audience,” Jarlath Watson from Echlinville Distillery said in a prepared statement. 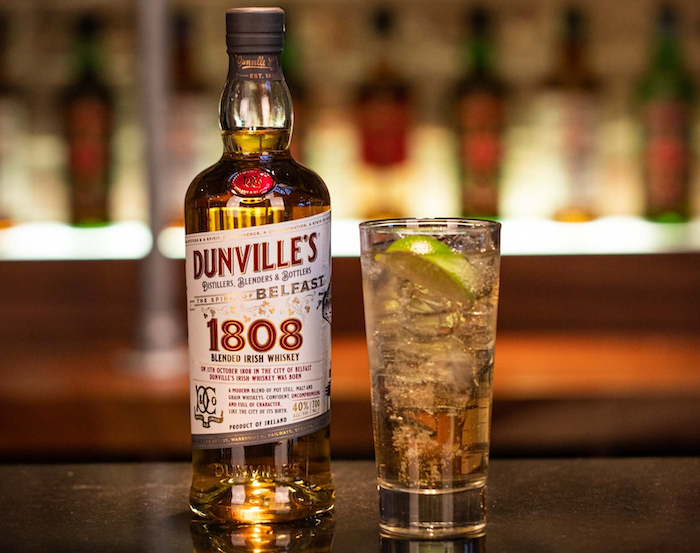 Dunville 1808 (image via The Echlinville Distillery)

This release from The Spirit of Belfast boasts official tasting notes of vanilla, apples, pears, candied lemon peel and sweet spices. It was described by the distillery as “confident, uncompromising and full of character, like the city of its birth.” The 1808 celebrates the brand’s hometown and the name pays homage to the year of Dunville’s founding.

Dunville’s 1808 is available to the trade across Ireland and is being sold at a recommended retail price of £33 — making it one of the more affordable fares in the Dunville portfolio. It is being positioned as a gateway to the wider Dunville’s range and is available in the USA via Total Wine & More.

11
Shares
2.7k
Views
Share on FacebookShare on TwitterGet Our Newsletter
Get The Macallan® Rare Cask at ReserveBar. Shop now!