The Old Bushmills Irish Whiskey Distillery late last month announced the release of The Causeway Collection, a series of unique and cask-finished single malt whiskeys. These initial releases – the 2008 Muscatel Cask and the 1995 Malaga Cask – are cask-strength and will only be exclusively available in Ireland.

The first cask-strength single malt whiskeys to be introduced by The Old Bushmills Distillery in over 15 years, they are distilled, finished and bottled on the Co Antrim coastline. Founded on that same coastline, the distillery is a short distance from The Giant’s Causeway, a landmark made up of natural steps in stone formed from hexagonal columns. Noted as being “an inspiration to the Bushmill whiskey makers for centuries, the Causeway steps “mirror the steps of ripple wood maturation used in the Causeway Collection.” 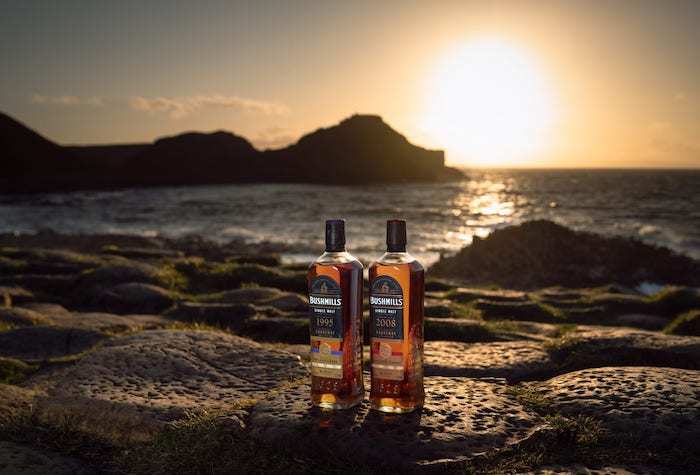 Helen Mulholland, Bushmills’ master blender, commented in a prepared statement, “this launch represents a bold new step for Bushmills, one that not only honours the giants and generations before us but also the incomparable natural landscape in which it’s forged. We are excited to reintroduce cask strength Bushmills single malt whiskeys to our loyal whiskey fans across the island of Ireland.

“With these two new exclusive releases, we celebrate our passion for single malt, showcase our rare and unique casks and honour our 400-year north coast provenance.”