The Midleton Very Rare Silent Distillery Collection, as we first highlighted last year, digs deep into the old aging Irish whiskey stock managed by Irish Distillers that heralds from the legendary Old Midleton Distillery which operated from 1825-1975. With plans to release six extremely high end bottlings ranging from 45 to 50 years of age through 2025, we are now upon the second such offering that clocks in at 46 years old.

The new Midleton Very Rare Silent Distillery Collection Chapter Two, according to those behind it, was distilled back in 1973 at a time when single pot still Irish whiskey had almost disappeared as a category. Distilled by then Master Distiller Max Crockett in the world’s largest copper pot still, it was “initially filled into a selection of sherry and bourbon casks and left undisturbed for over 20 years, the whiskey was then married and recasked into refill bourbon casks under the guardianship of Barry Crockett, Master Distiller and son of Max.

“Years passed and the whiskey was later recasked into newly arrived port pipes and once again laid down, gaining further depth and complexity until deemed to have acquired the optimum rich fruit and oak contribution sought out by the Master Distiller. For the concluding part of the journey, the whiskey finally rested in a refill Bourbon cask, allowing the many influences to combine and further evolve under the stewardship of distillers Brian Nation (Master Distiller 2013 – 2020) and Kevin O’Gorman (current Master Distiller).” 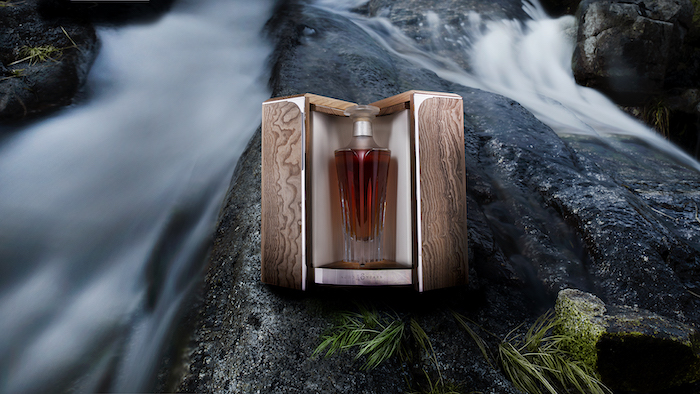 “Like the distillate itself, the maturation journey of this whiskey is both complex and rare,” said O’Gorman in a prepared statement. “The craft of recasking requires incredible attention to detail and constant sensory assessment. When managed successfully it can produce an exquisite whiskey of great complexity. The benefits of the recasking process are evident in the remarkable vibrancy of this ultra-aged Irish whiskey.

“As Master of Maturation it was a joy to oversee the aging process of this expression in recent years. This year as Master Distiller, and with the whiskey at peak perfection, I had the pleasure of overseeing its bottling as Chapter Two in the Midleton Very Rare Silent Distillery Collection.”

Just 70 bottles of this whiskey are being made available, with each having “been decanted into handblown and etched crystal decanter bottles, produced by Ireland’s Waterford Crystal, with each of the bottles individually numbered 1-70. The bottle comes displayed in a bespoke wooden cabinet handcrafted by Irish designer, John Galvin, using wood up to 200 years old from reclaimed oak whiskey vats in addition to ancient Elm and rare Japanese Tamo.”

Plans call for the Midleton Very Rare Silent Distillery Collection Chapter Two to be made available in Ireland, UK, Global Travel Retail, US and France, pricing at €40,000/£38,000/$45,000. You’ll find official tasting notes below.

214
Shares
3.7k
Views
Share on FacebookShare on TwitterGet Our Newsletter
Get The Macallan® Rare Cask at ReserveBar. Shop now!