Ogden’s Own Distillery In Utah Debuts A Whiskey Cola

The new canned cocktail is the distillery’s take on the classic drink and marries the cola taste to its Porter’s Canadian Whiskey. The result is a whiskey cola with sweet and oaky elements, according to official tasting notes.

“We’ve been thrilled to see how Ogden’s Own fans have embraced our canned cocktail line thus far, and we felt it made sense to expand the family with two takes on timeless cocktails that everyone loves, including our first-ever canned gin cocktail,” CEO and co-founder of Ogden’s Own Distillery said in a prepared statement. “Consumption methods and preferences have transformed rapidly in recent years, but nothing beats a classic, even if it’s in a modern format. We’re delighted to welcome Madam Pattirini Gin & Tonic and Porter’s Whiskey Soda to our portfolio as staples for summer sipping, outdoor social events and anytime enjoyment.” 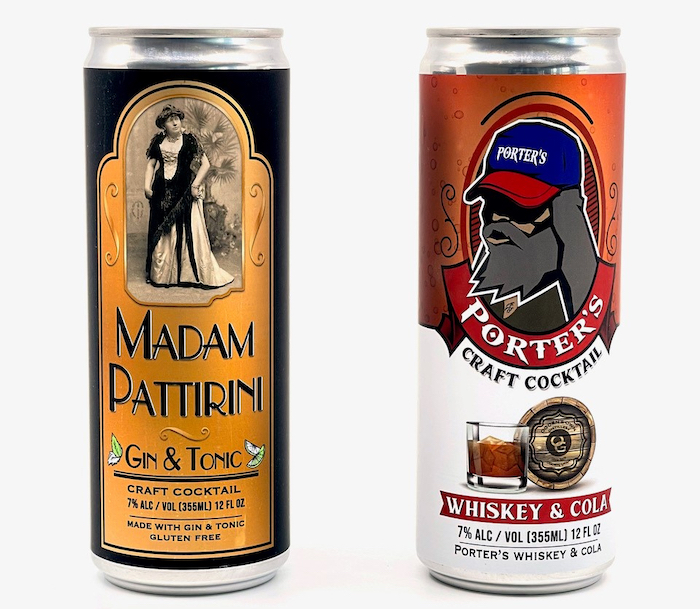 Based in Ogden, Utah, Ogden’s Own was founded in 2009 and has since released what’s described as critically-acclaimed spirits such as Underground Herbal Spirit and Five Wives Vodka. In 2020, the distillery opened the doors to a new 32,000 square-foot multi-purpose facility in the Ogden Business Exchange. The first product released at the new Ogden’s Own distillery was Porter’s Peanut Butter Whiskey.

The brand also donated direct funds during the pandemic to members of the local food and beverage community in Ogden and used their operations to produce thousands of gallons of hand sanitizer, which went to front-line workers, local businesses and schools, and high-risk communities such as the Navajo Nation. Now, the distillery is looking to expand its products on the market and is set to open a new bar later this year.

Both Porter’s Whiskey Cola (7% ABV) and Madam Pattirini Gin & Tonic are available for purchase at the Ogden’s Own Distillery Store for a retail price of $3.39 per 12 oz. can.