Glen Breton out of Canada, made at the Glenora distillery, recently unveiled its latest product: the Glen Breton Alexander Keith’s Single Malt Whisky. This Canadian single malt whisky is aged 18 years, has an alcohol by volume of 43% and is sold in 700 ml bottles.

Glen Breton distilled several batches of Alexander Keith’s IPA eighteen years ago, placed it in bourbon oak barrels and tucked it away in a dark corner of a warehouse in the magical hills of Cape Breton. 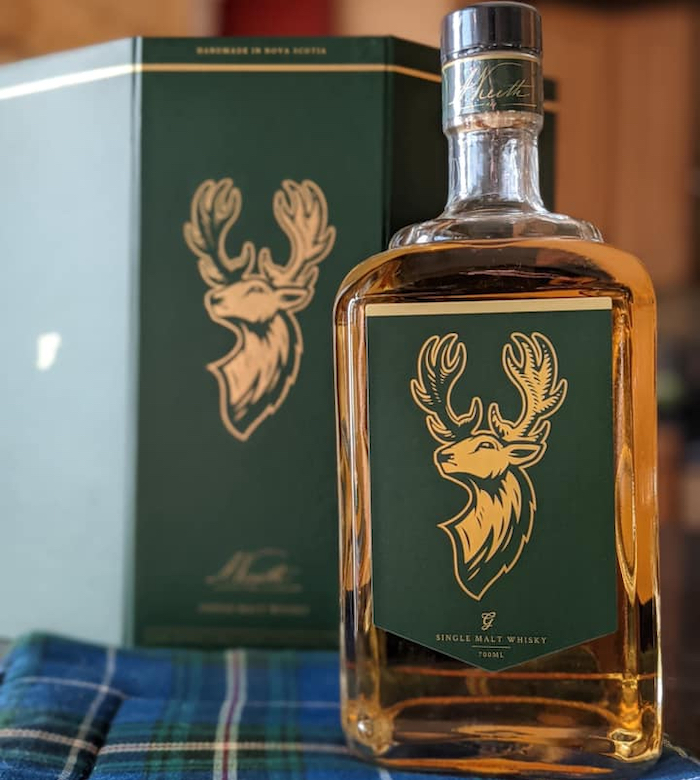 The single malt developed what’s described as a taste of malted barley after eighteen years of maturing with the spring waters and apple trees scattered through our property. The end result is a whisky “with soft notes of maple cream, butterscotch, and applewood lingering finish.”

The whisky is now available for purchase on the Glen Breton website and at select Nova Scotia liquor stores at a price of $200 CAD.

Its story starts in the early 1800s, when Scottish immigrants flocked to Cape Breton Island and its settlers brought with them the knowledge of making whisky. Fast forward many years and one Bruce Jardine, the original owner and founder of Glenora Distillery, had a vision to build a single malt whisky distillery in a very Scottish part of Cape Breton Island.

Jardine sought out the expertise of Bowmore Distillers in Scotland, and they lent their hand with production training and the sourcing of authentic Scottish copper pot stills and a mash tun for the distillery. Today, Glenora has an inn and a restaurant at its distillery as well.