Bottled at the same strength as it comes out of the barrel, Master’s Cut comes from Master Blender Bill Ashburn, known for what’s described as innovative expressions. Ashburn applied a single pass, 100% pot distillation process to the bottling that’s aged in a mixture of once used bourbon barrels and used Canadian whisky barrels. The result is notes of vanilla and wood, an aroma of candied fruit and florals, and a lingering spicy finish, according to official tasting notes. 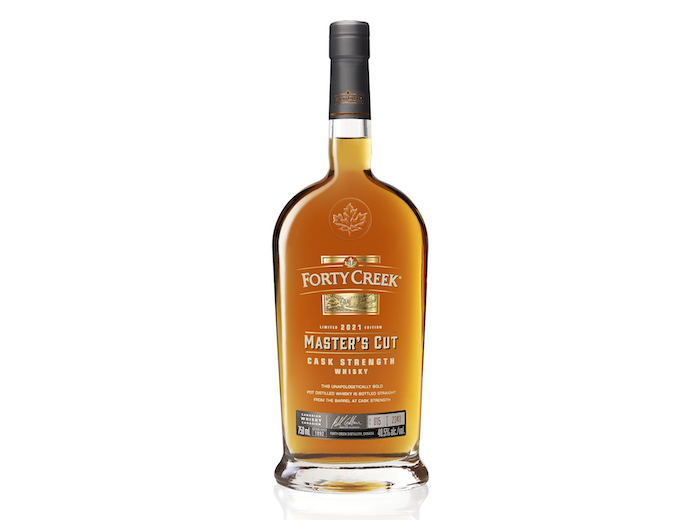 Ashburn won 2020 Canada Master Whiskey Blender of the Year last year and looks to stay true to the Forty Creek house style of balance and elegance by launching a cask strength whisky that creates synergy between strength and intensity of flavor, according to the brand.

“Innovation is in our DNA,” VP of Marketing for Campari Canada David Allard said. “We’re consistently producing whisky expressions that buck traditional whisky norms and our Master Blender Bill Ashburn is at the heart of that.”

Master’s Cut is available for a retail price of $79.95 CAD and is currently available for sale in Ontario, British Columbia, Alberta, Manitoba, New Brunswick, Nova Scotia, Newfoundland and PEI.

Forty Creek, for those unfamiliar with it, is named after the river running through the center of Grimsby, Ontario, exactly 40 miles from Niagara Falls. Founded in 1992, it boasts a range of Canadian whiskies produced via both column and pot-distilled methods, aged in a variety of barrels and blended.