The Crown Royal Noble Collection, as we’ve explored over time, is an annual release by this large Canadian whisky brand that’s designed to highlight, according to them, the “various techniques and styles” of their master blenders. For 2020 this has taken the form of an older Canadian rye whisky expression.

The new Crown Royal Noble Collection Rye Aged 16 Years, according to those behind it, is a straight up rye whisky taken from some of the older stock sitting around in the massive Crown Royal aging warehouses, having been aged in charred American white oak barrels for at least 16 yeas. It is bottled at 90 proof and has as official tasting notes the following – “a bold and spicy rye aroma upfront softened by creamy vanilla, sweet caramel, and hints of stone fruit. Bold rye continues upfront on the palate and is paired with an initial heat which relaxes into a residual warming mouthfeel while hints of cherries, cinnamon, anise and clove reveal themselves.” 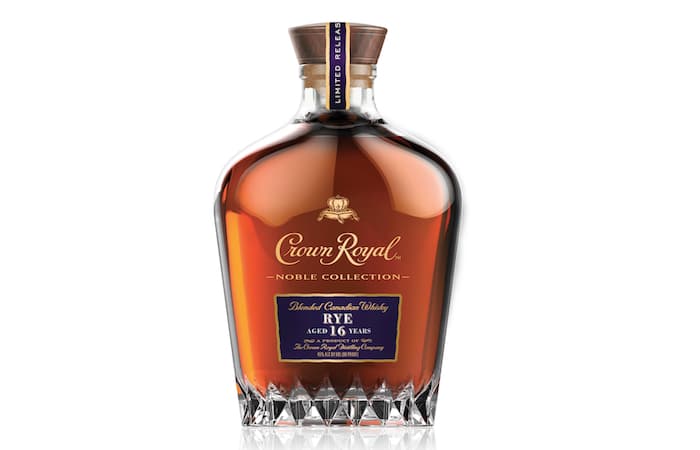 In keeping with the look and feel of the other Noble Collection bottlings, this rye is packaged in “a sleek bottle with a crystal-cut style base and a resealable cork top. The canister is a rich, deep purple to match the classic Crown Royal regal purple and the iconic thick, purple bag with gold accents encases the bottle.”

Crown Royal Noble Collection Rye Aged 16 years is out at retail now, priced around $70 per 750 ml bottle. There was no immediate mention of how many bottles are part of this offering.