Alberta’s first craft whisky distillery, Eau Claire Distillery, recently announced the launch of their newest addition, Rupert’s Whisky. It will be the first year-round whisky offering from the southern Alberta distillery. It is said by the brand to be crafted with the riches of Alberta’s terroir and gives a nod to its Canadian legacy. 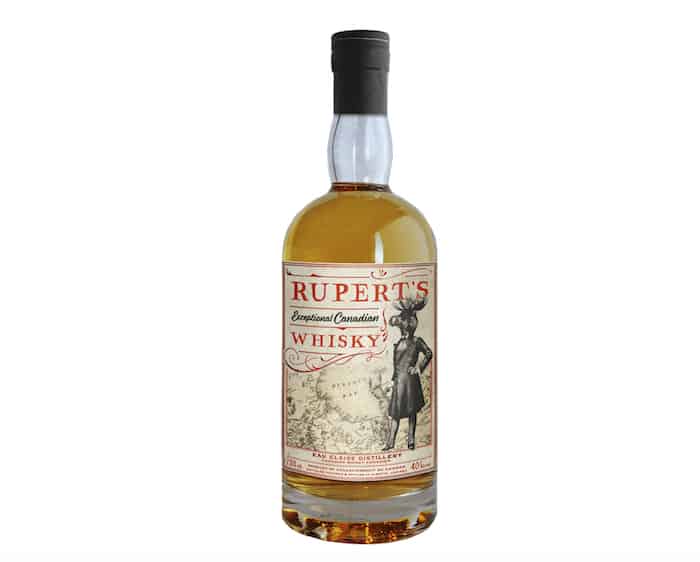 With official notes of chocolate, nutmeg, and red fruits, Rupert’s Whisky continues to a taste of dried fruits and a slightly nutty finish. It is made with a similar flavor and style to what one might find in the distillery’s single malt whisky batches. At 40% alc./vol., Rupert’s Whisky is non-chill filtered, has no artificial caramel coloring, and is said to use Eau Claire’s best whisky barrels.

Caitlin Quinn, the distillery’s Master Distiller, noted they “have been putting barrels of whisky away since 2014 when the distillery first opened, and (are) excited to share this whisky with a larger audience.

Located in Turner Valley, about 30 minutes outside of Calgary, Eau Claire Distillery is Alberta’s original craft distillery and focused on handcrafting fine spirits. It was founded upon what’s described as “a philosophy of innovation and quality” and offers a range of premium spirits and whisky. It has been internationally acclaimed and most recently was awarded silver at the 2020 World Whisky Awards for its Single Malt Whisky.

Rupert’s Whisky is sold in 750 ml glass bottles at the recommended retail price of around $36 CAD. It can be found at the Eau Claire Distillery online store as well as select locations across Alberta and Calgary.

3
Shares
1.7k
Views
Share on FacebookShare on TwitterGet Our Newsletter
Get The Macallan® Rare Cask at ReserveBar. Shop now!