One of the first distilleries out of Canada to create a true 100% rye whisky, Alberta Distillers is releasing a limited edition of its Alberta Premium Cask Strength Rye (65.1 – 66.1% ABV) to the U.S. market for the first time.

Distilled in Calgary and aged for a minimum of five years, the whisky was created using pure 100% Canadian prairie grains grown by local farmers and Rocky Mountain spring water for a drink best served neat or on the rocks. 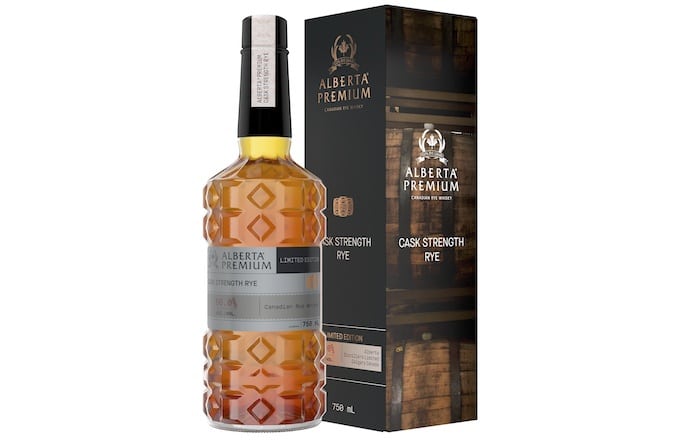 “Alberta Distillers prides ourselves on being the producer of the world’s number one selling 100% rye whisky in Alberta Premium,” George Teichroeb, General Manager of Alberta Distillery said, in a prepared statement. “We wanted to release a cask strength rye so our whisky fans can experience a 100% rye whisky in its purest form: straight from the barrel. This whisky truly is a great representative of our commitment to crafting superior rye whisky.”

The Alberta Premium Cask Strength Rye originally made a name for itself in the Canadian market where it sold out for months. The award-winning whiskey, according to official tasting notes, has an aroma that hints of sweet, woody and oaky, with a hint of vanilla. On the palate it gives consumers an exceptionally smooth taste with notes of caramel, vanilla and just a hint of chocolate, as well as rye and black currant, and a lingering finish of spice, warm vanilla and dark fruit.

Alberta Premium Cask Strength Rye has become available across the U.S. in very limited quantities with a suggested retail price of around $70 for a 750ml, faceted glass bottle.