Even if you’re a Wigle Whiskey fan, you might have a hard time tracking down a bottle of the Single Barrel Straight Bourbon. The distillery makes only a couple of 53-gallon barrels annually, and it rarely finds distribution beyond Pennsylvania. (A few cases occasionally make it over the border to New York or New Jersey, apparently.)

The proudly Pittsburgh distillery buys newly charred barrels from Louisville’s Kelvin Cooperage, and ages bourbon in them at least four years. Wigle’s maturation warehouses are in Pittsburgh’s historic Deutschtown neighborhood, and the distillery considers the lack of climate control to be a feature rather than a flaw – allowing wide seasonal temperature swings to work their magic.

Wigle co-founder Alex Grelli acknowledges that western Pennsylvania is best known for its rye whiskey, but points out that there’s at least a grudging bourbon tradition, too.

“Historically, when western Pennsylvania distillers ran out of rye grain, they resorted to corn,” he says.

History is something Wigle loves to celebrate. The distillery is named after Philip Wigle, who reportedly punched a tax collector and helped incite the Whiskey Rebellion that lasted from 1791 to 1794. He was eventually sentenced to death for his role, before ultimately receiving a pardon from George Washington.

Wigle – the distillery, not the man – was also one of the forces behind the creation of the Whiskey Rebellion Trail in the Mid-Atlantic, trying hard to reclaim the mantle as whiskey’s heartland in the United States.

Despite all that, you’d never accuse Wigle of being stuck in the past. Not with a library of dozens of spirits made on-site, largely with a local focus, regional distribution and definite lean into reinvention of what it considers a boring and predictable industry.

The day The Whiskey Wash heard from Grelli, in typical Wigle fashion, he proudly pointed out that a panel of taste testers was working on another “beta product” in the next room and that more interesting developments would be emerging from Pittsburgh soon. 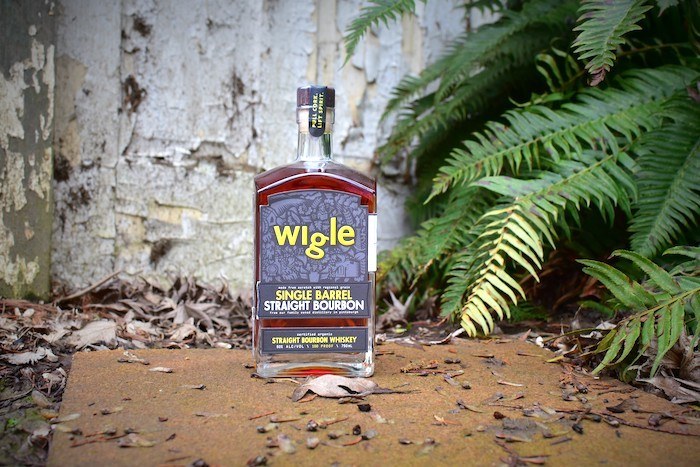 A Pennsylvania bourbon is still a relatively rare thing, and Wigle makes a decent argument for it here. I reviewed batch no. 5, one of 242 bottles. It’s not the most luxurious bourbon I’ve ever tasted, lacking some of the complexity and sweetness found in top-flight Kentucky whiskies. I did feel, though, like I could taste the local corn and wheat. This is a whiskey I’ll be happy to share alongside bourbons from Texas, Kentucky and elsewhere in a tasting flight. It holds its own and offers a distinctiveness that is worthwhile.