A Whiskey Industry Caught In The Middle Of A Trade War

With a trade war heating up between the United States and other countries, the issue of tariffs on whiskey, particularly bourbon, is rapidly becoming a focal point of concern for the greater spirits industry. In recent weeks we’ve seen a series of statements issued by different related parties that we now provide here for your consideration: 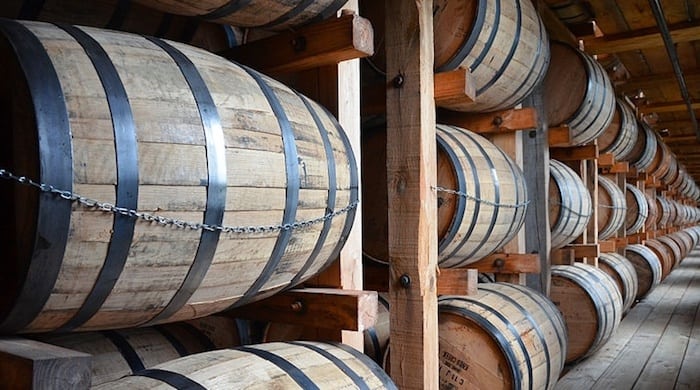 “As we have said for the past few months, there are no winners in a trade war, only casualties and consequences. The KDA and its members believe that tariffs and retaliatory measures will have a significant impact on Bourbon investment, employment and economic growth throughout the Commonwealth.

“As a uniquely American product, Bourbon and distilled spirits accounted for more than $450 million in Kentucky exports worldwide in 2017, a 23 percent increase over the previous year. Of that, nearly $200 million was exported to EU countries, which has been growing at a rate topping 10 percent annually over the last five years.

“An extended trade war would not only harm our iconic industry, but also Kentucky’s farm families, cooperages, glass and other suppliers, hospitality and tourism partners, and ultimately, our loyal consumers through higher prices and limited availability.

“Kentucky Bourbon brings people together. As a longtime proponent of free and fair trade, the KDA strongly encourages the Administration, EU leaders and all our trading partners to sit down over a glass of our signature spirit and resolve their differences so we can get back to the business of crafting the world’s finest whiskey for all the world to enjoy.”

In a letter today presented to Commerce Secretary Wilbur Ross, the Distilled Spirits Council said it is “extremely concerned” about the increasing likelihood that the European Union (EU) and other countries will begin retaliating against U.S. spirits products in response to the U.S. decision to impose tariffs on steel and aluminum, and “the impact that retaliatory tariffs will have on U.S. distilled spirits producers, as well as their agricultural and supply chain partners.”

Such tariffs “would severely harm producers, U.S. farmers …, distribution and logistics providers, as well as other input providers such as glass and other packaging suppliers,” the letter stated, noting that the spirits sector directly and indirectly employs approximately 1.5 million people.

“Global exports of U.S. spirits … have benefited significantly from the United States’ efforts to secure market opening trade agreements. Over the past two decades, U.S. spirits exports have increased from $575 million in 1997 to $1.64 billion in 2017, a rise of 185 percent.” U.S. distilled spirits are now exported from small, medium and large distillers located across 42 states, the Council noted.

“However, the imposition of tariffs on these products by our major trading partners threatens to seriously impede the export progress that has benefited our sector and created jobs across the country,” the Council warned.

The letter and the accompanying list of proposed tariffs on U.S. spirits exports is attached.

The letter was hand delivered to Secretary Ross this morning.

Irish Whiskey Association warns EU that trade war with US could devastate Irish whiskey industry (May 25, 2018)

If the current temporary exclusion of EU steel and aluminium from US tariffs expires on 1 June, the EU has threatened to impose 25% tariffs on certain US products, including bourbon and whiskey. These tariffs could come into effect as early as 20 June. If they do, the US may respond in kind and impose similar tariffs on equivalent European products.

For Irish whiskey, the consequences of this would be profound: approximately half of all Irish whiskey is sold in the United States, or 59% of the value of Irish whiskey exports, according to the CSO.

William Lavelle, head of the Irish Whiskey Association, said: “Our industry develops and manufactures products for the fastest-growing spirits market in the world—Irish whiskey. While we are committed to diversifying and securing growth in more markets, the fact is that the United States is of critical importance to us and will remain so well into the future.

“If the EU imposes tariffs on American bourbon and whiskey, Washington may respond in kind and impose tariffs on European whiskey exports, including Irish whiskey. Obviously this would have serious negative consequences for us, especially for the smaller, independent distilleries that have opened up in recent years. Higher costs of trade, and a reluctance among American businesses and consumers to buy more expensive Irish whiskey, will hamper growth and potentially put many Irish distilleries into financial jeopardy.

“Irish whiskey is undergoing a renaissance. This has yielded, and continues to yield, fantastic results for the wider Irish drinks industry, for small business, for tourism, and for Government revenue. Today, we are urging the EU to continue negotiating a peaceful solution to the tariff problem, and to avoid at all costs forcing small businesses in Ireland and around Europe into extremely difficult circumstances.”