The Covered Bridges Whiskey Company recently announced the release of its first whiskey, Ruddell’s Mill Kentucky Straight Bourbon, the first in a series of planned releases from the brand.

The brand pays homage to the history of covered bridges, which played an important role in the early days of American infrastructure and were often found adjacent to, or nearby grist mills and distilleries. Both were commonly built along rivers. 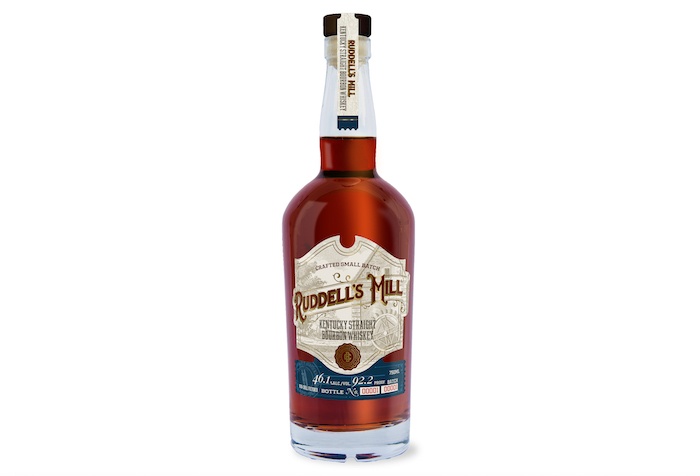 One of Kentucky’s first covered bridges, “Ruddles Mill” Covered Bridge was built at this site in 1861. The bridge functioned to provide easy access to both sides of Stoner Creek until 1964, when it was destroyed by arson.

That history led to the naming of Covered Bridges’s brand and to the production of Ruddell’s Mill Kentucky Straight Bourbon. This spirit is derived from a high corn mash bill rounded out with rye and barley and is meant to replicate an early day Kentucky whiskey mash bill that would have been common in Isaac Ruddell’s time.

The distiller’s notes say that the early day mash bill this is based on was less of a “recipe” and came about more based on the grains that were locally available at the time. Such “Bourbon County Whiskey” is said to predate the legal definition of bourbon, which was later established in 1840.

The new Ruddell’s Mill Bourbon is a small batch bourbon with individually numbered bottles and a batch number on each label. It’s non-chill filtered and clocks in at 92.2 proof. The 750ml bottles will retail for $59.99.

Covered Bridges is being represented by Worldwide Libations, described as “a full-service national importer of fine wines and boutique spirits from around the world and pledges to deliver a high value to its suppliers, industry partners and consumers with unique and high quality products.”