The George Remus American whiskey label holds a rather fascinating placement in the world of this brown spirit in that it is one of the few in house brands of MGP, a company more commonly known for providing whiskeys to other brands in the industry. The Remus whiskeys have proven to be actually really solid for what’s in the bottle, particularly the higher end Remus Repeal Reserve, which last year received the prestigious North American Bourbon and Whiskey Competition 2018 Best of Show award and was named the Chairman’s Trophy winner by Paul Pacult’s Ultimate Spirits Challenge.  It is now back with the second offering in the series. 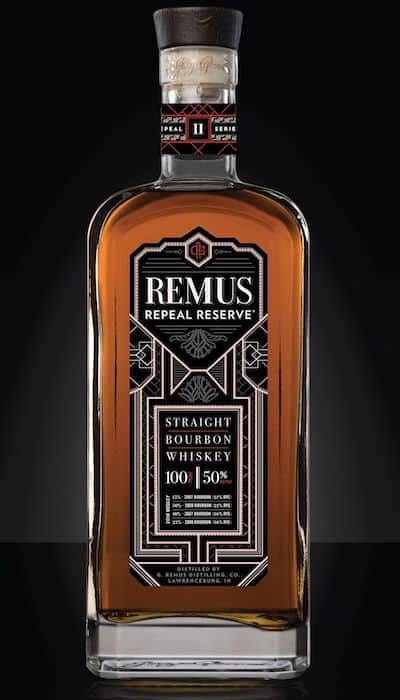 “The launch of Remus Repeal Reserve Series I exceeded our expectations last December,” said Andrew Mansinne, Vice President of Brands, MGP Ingredients, in a prepared statement. “The development of a limited release that allows our distillery team to present an experimental, complex blend from the best of our bourbon barrels each year has been a rare opportunity. We’re continuing to push the limits with this year’s edition. Series II presents an even bolder high-rye profile but builds on our theme of weaving multiple bourbons into a beautifully smooth style for the ultimate in sipping pleasure.”

Plans call for Series II to be released November 13, the birthdate of brand namesake George Remus, aka the legendary “King of the Bootleggers.” It is bottled at 100 proof and will price around $85 per 750 ml bottle. Limited official tasting notes suggest the “complex aroma shows maple with vanilla, caramel, toasted oak and bold spice, with a harmonious palate of sweet vanilla, caramelized brown spice, vanilla, smoke and maple on the finish.”

24
Shares
1k
Views
Share on FacebookShare on TwitterGet Our Newsletter
Cheers to the Dads! Personalize a bottle of his favorite whiskey to create a modern gift for the modern man. Use code: FATHERSDAY20 for $20 off your next order of $100 or more at ReserveBar