Redemption Whiskey, a sourced whiskey brand known for its focus on rye style expressions, is considered one of the top rye whiskey labels of the moment. It was, for example, recently selected as the 2021 Rye Whiskey Brand of the Year according to the NY International Spirits Competition. Redemption is now delving into more cask finishing, unveiling a new Cognac cask variant.

The new Redemption Cognac Cask Finish Whiskey, according to those behind it, is the result of collaboration between the brand and Ferrand Cognac to finish the former’s High Rye Bourbon in the latter’s Cognac casks. More specifically the Redemption High Rye Bourbon (60% corn, 36% rye, 4% malted barley) was transferred from new American white oak barrels to the Cognac casks, some of which are more than 30 years old, and then allowed to mature for an additional 12 months. 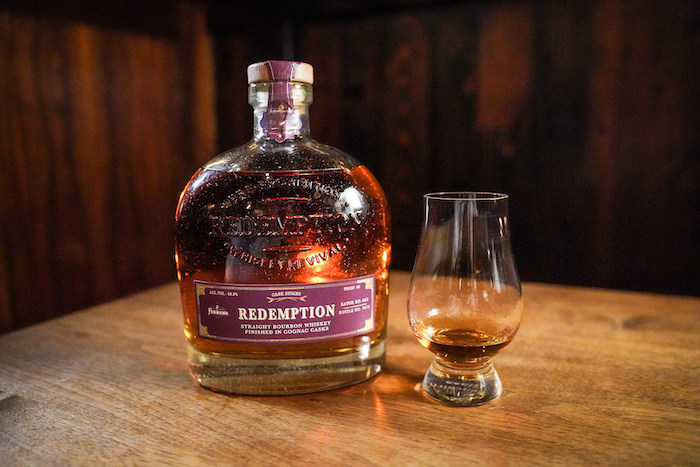 The end result, Redemption noted in official tasting notes, is a whiskey that “delivers bold and spicy notes balanced with an elegant, warming sweetness akin to Cognac. It has a warming, long finish of buttered pecan, praline, and baking spice.”

“Redemption is on a mission to bring rye back to a new generation of consumers with high-quality whiskeys meant to be shared and savored,” said Dave Carpenter, Redemption Whiskey’s Master Blender, in a prepared statement. “Our new, limited-edition Cognac Cask Finish invites consumers to take a step back in time through our liquid. They will discover a unique take on our award-winning, pre-Prohibition-inspired High Rye Bourbon, which has been finished with world-class barrels from Ferrand Cognac, resulting in a beautifully finished whiskey.”

“We challenged our artisan teams at Redemption and Ferrand Cognac to create a small production Redemption offering worthy of gifting to the most discerning whiskey lovers,” said Tom Steffanci, President of Deutsch Family Wine & Spirits, which produces Redemption. “The resulting whiskey exceeds all expectations. It is a great example of our ongoing commitment to push the boundaries of what’s possible with our rye-forward whiskeys.”