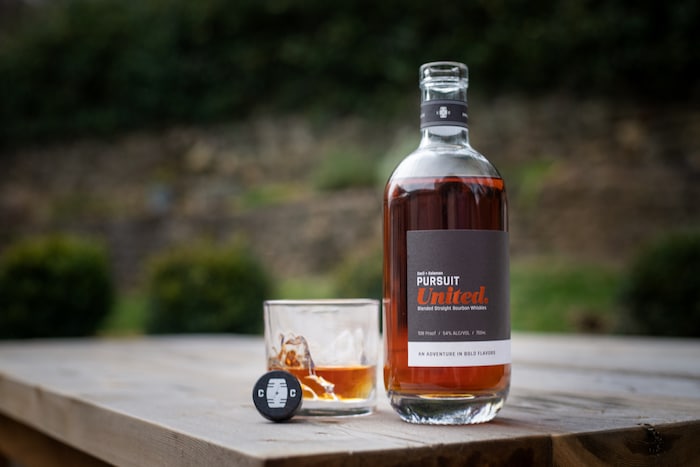 “Pursuit United continues our effort to appeal to the growing whiskey market,” Ryan Cecil, co-founder of Pursuit Spirits, said in a prepared statement. “Each barrel in the blend was hand selected for what it could bring to the final product.”

The entire project took just over a year to finish with the Pursuit Spirits team testing hundreds of different blends and working with the distillers to tweak the formula along the way.

“Sourcing whiskey is not easy because it’s impossible to know what will be available in the future,” added Kenny Coleman, co-founder of Pursuit Spirits. “Establishing a partnership with Bardstown Bourbon Company and Finger Lakes Distilling gives us confidence that we can continue to grow Pursuit United, maintain a consistent profile, and make it a staple product on every shelf.”

Pursuit Spirits was formed in 2018 as an offshoot of Bourbon Pursuit, the popular podcast featuring news, information, and interviews with leaders in the whiskey industry, that boasts more than 1.5 million streams each year. The podcast is also a contributor to The Whiskey Wash.

The first batch of the new 54% ABV Pursuit United is limited to 2,250 bottles available online and through select retailers in Georgia, Kentucky, Tennessee, and Texas with an SRP of $65. 8,000 more bottles will be released in March with more to come. Tasting notes are below.

17
Shares
949
Views
Share on FacebookShare on TwitterGet Our Newsletter
Get The Macallan® Rare Cask at ReserveBar. Shop now!