Aged between two and four years, the non-chill filtered Wheel Horse Bourbon is made from a mash bill of 70% corn, 21% rye, and 9% malted barley. It is aged through the traditional sour mash method before being distilled in copper stills and matured in hand-selected, charred American oak barrels. 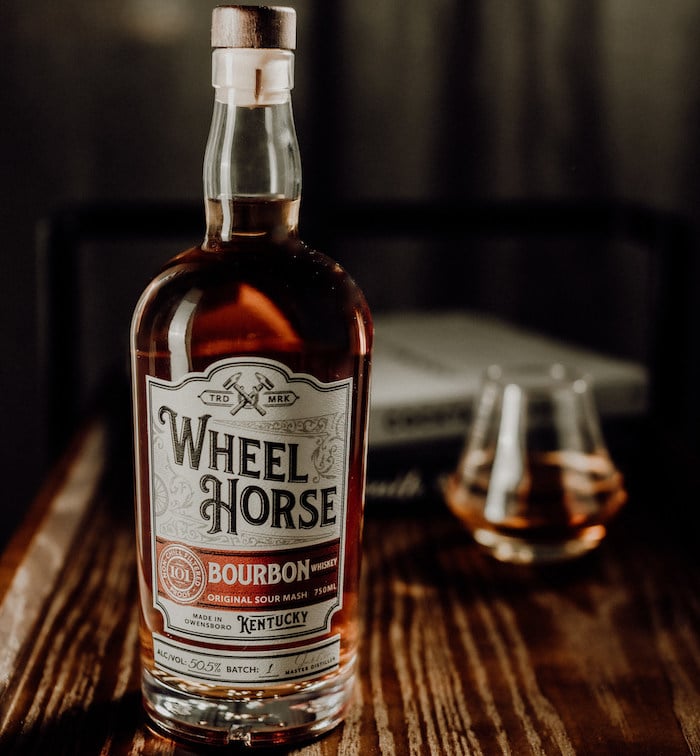 “It has been an honor to carry on the 135-year tradition of this historic distillery, which was recently renamed so we could better honor its storied past,” said Jacob Call, Master Distiller at Owensboro Distilling, in a prepared statement.

“We reopened for production in 2016 after being closed for more than seven decades, and Wheel Horse was one of the first national brands to show off our whiskey. We’re excited to partner with Latitude Beverage again on the release of Wheel Horse Bourbon.”

Founded in 1885, Owensboro Distilling Co., is based out of Owensboro, Kentucky and is the fourth largest independent bourbon distillery in the country. Over the past 135 years, the distillery has endured prohibition, rotating owners, and even a fire before falling under the leadership of Master Distiller Jacob Call. The distillery now produces over 90, 000 barrels of bourbon and rye a year for their private label partners, including Latitude Beverage, a Boston based company founded in 2007.

Wheel Horse Rye recently received a 94 point rating from the New York International Spirits Competition. Though freshly released, the bourbon has already gained a loyal following and sold out of batch one. Batch two began being available this month for the select states California, Colorado, Connecticut, Delaware, Illinois, Kentucky, Maryland, Massachusetts, Minnesota, Missouri, New Jersey, New York, Rhode Island, and Tennessee. It will be sold around $28 for a 750ml bottle.