When you’re out shopping for bourbon, do you make purchases based on the age statement on the label?  There’s been a lot of consumer revolt over the recent removals of age statements from certain bourbon brands.  Some brands have been removed from the shelf altogether because aged whiskey just isn’t available in the quantities needed to continue to bottle it at the moment.  As The Whiskey Wash discussed previously, though, this is not a whiskey shortage, historically speaking.  Many of the brands that have disappeared will eventually make a comeback if demand holds.

The age statement on a bottle of bourbon represents the youngest bourbon in the bottle.  Unless it’s bottled in bond, that means there are quite probably much older bourbons in the bottle.  Bourbon is typically batched or mingled to meet a certain flavor profile, and some distilleries have found age statements to be a hindrance to this process.  If you need to add a little of that 4 year old whiskey to the 8 year batch to maintain the flavor profile, do you really want to have to call it 4 years old?  This is one of the reasons why some brands are removing their age statements. 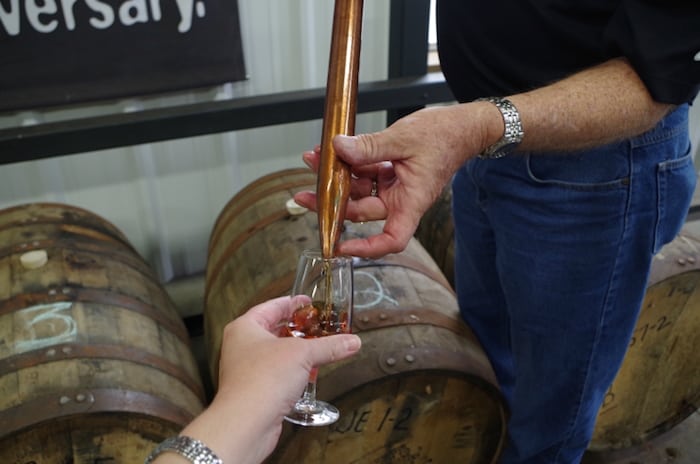 That said, age alone does not a good bourbon make.  There are age guidelines in the TTB standards of identity for different labels- a minimum of 2 years for straight bourbon whiskey and a minimum of 4 years for bottled in bond.  One of the many things I’ve learned from Jim Rutledge of Four Roses is that older bourbon isn’t good just because it’s old.  There are a lot of factors that go into good bourbon, starting with putting a quality product in the bottle.  If you barrel bad white dog, you’re going to end up with poor quality aged bourbon, no matter how long you leave it in the barrel.

What’s more, when over-aged bourbon is sought out by new bourbon enthusiasts, it can hurt the perception of bourbon as a whole.  Some of the over-aged products I’ve tried tasted like you were chewing on a tree, but they were still highly sought-after because they were rare.

Here’s what it takes to make a quality bourbon: a mash bill of at least 51% corn, limestone filtered water, a good quality sour mash fermentation process with a good yeast strain, a carefully controlled distillation process, and new charred oak cooperage.  Outside of that, you just have to trust the Master Distiller and the tasters and blenders to put together a good product.  Where it’s stored in the rick house makes a difference, and they can account for those differences better than you can by reading a label.

Different people have different tastes, but I’ve always found the 4-10 year range bourbons to be the most enjoyable.  There’s nothing wrong with a 4 year BIB if that’s what makes you happy.  What age range do you prefer?  Be sure to leave a comment below and let us know your thoughts!