Old Forester, an American whiskey brand owned by Brown-Forman, has debuted a new American whiskey series called The 117 Series it is using to focus on “experimentation and innovation.” It has been put under the management of Old Forester Master Taster Jackie Zykan and will showcase “the many facets of the Old Forester flavors.”

The first offering in The 117 Series, according to those behind it, is known as High Angels’ Share. It showcases what’s described as “a selection of barrels which lost exceptional volume to evaporation in the aging process, resulting in a bourbon that is rich and multidimensional, layered with dark flavor notes, dried fruits and unexpected herbaceous  qualities. Given the dense concentration of flavors in the liquid, air, water or an ice cube allow this whisky to open and unveil unorthodox character.

“This release examines the unfettered qualities presented in low-yield barrels, showing Old Forester consumers an unencumbered look at this specific facet of the ageing process. ” 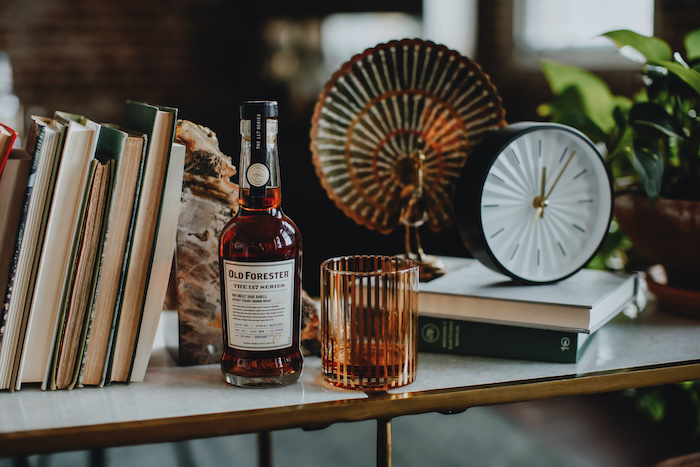 The very nature of The 117 Series will allow for great flexibility in future releases, with subsequent releases potentially exploring selections from specific warehouses, barrel manipulations, deconstructed blends and more.

“Creating The 117 Series has been a labor of love and seeing my signature on the label is one of the highlights of my career. My mind is exploding with the endless possibilities of this smaller scale of experimentation and innovation,” said Zykan in a prepared statement. “This series presents an opportunity to pull the curtain back and share the isolates of the blending process to help deepen the understanding of how variants in maturation affect flavor profile.

“We’re playing in uncharted territory here and those who love Old Forester like we do will have the chance to explore with us.”

The name pays homage to the location of Old Forester’s homeplace along the famed Whiskey Row on Main Street in Louisville. Old Forester also called this location home from 1882 – 1919, returning in 2018 with a fully-functioning distillery and tour experience. Additionally, the bottle labels bear Zykan’s name, “making this the first bottle in the brand’s more than 150 year history to feature a woman’s signature.”

Old Forester High Angel’s Share was recently released at the Louisville distillery location and in limited quantities at select Kentucky retailers. It is bottled at 110 proof and prices around $50 per 750 ml bottle. Official tasting notes are below.