The Spring 2020 Edition of the Old Fitzgerald Bottled-in-Bond Kentucky Straight Bourbon Whiskey has arrived from Heaven Hill, slightly delayed it seems like. It continues a few years trend now of the popular Kentucky distillery’s twice annual series of a special bottled in bond release in a special old school style decanter, marking the 5th such bottling in this regard.

This new bourbon, according to those behind it, is comprised of barrels produced in March 2011 and bottled in March 2020, thus making it a 9 year old offering The decanter it comes sports a green label, staying “consistent across all spring releases.” Also, as was the case for past editions, this edition’s tax strip discloses when the bourbon was produced and bottled. 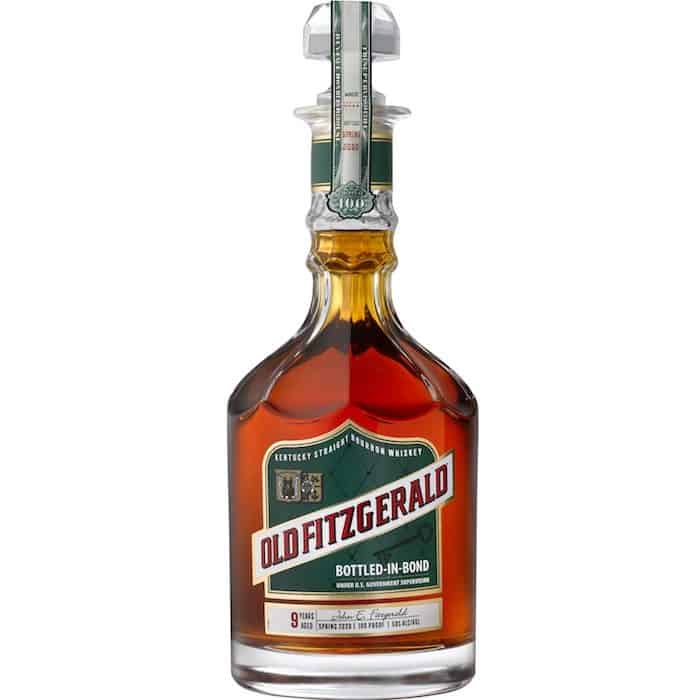 Plans call for the Spring 2020 Edition of the Old Fitzgerald Bottled-in-Bond Kentucky Straight Bourbon Whiskey to price around $90 per 750 ml bottle. It is bottled at 100 proof (50% ABV), and follows the classic definition of bottled in bond according to this special designation, including the previously mentioned proof as well as being the product of a single distillery from a single distilling season and also being aged a minimum of four years.

The Old Fitzgerald brand, for those unfamiliar with it, was acquired in 1999 by Heaven Hill. It is said to be “well known for its distilling pedigree and intriguing story behind its namesake, John E. Fitzgerald.” It is but one small portion of a much larger American whiskey stable managed by Heaven Hill. Other notable brands include Elijah Craig, Larceny, Evan Williams, Pikesville Rye, Rittenhouse Rye and Parker’s Heritage Collection.