The bottling was the only Texas wheated bourbon to be awarded Double Gold at this year’s San Francisco World Spirits Competition. Crafted from a blend of 51% corn, 45% wheat, and 4% malted barley in new, charred American oak barrels, the bottling adds just a touch of limestone-filtered water from the Texas Hill Country and features aromas of honey, melon, dark cherry and walnuts, according to official tasting notes.

The high wheat content makes for what’s described as a smooth whiskey that carries notes of graham crackers, pecans, and brown sugar on the palate. It is bottled at 115 proof cask strength. 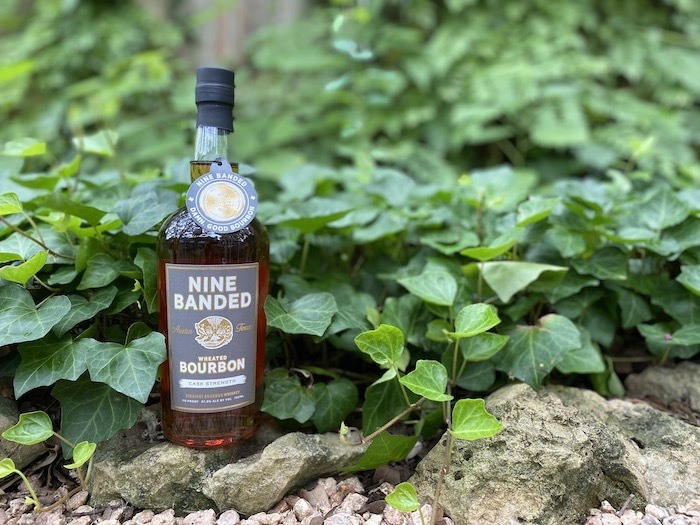 “Knowing cask strength bourbon is a sought-after choice among whiskey fans, we set out to release an expression of our Wheated Bourbon that brought to life the unique flavors of the liquid straight from the cask,” Vice President of Marketing at Nine Banded Elena Garcia Slaton said in a prepared statement. “Nine Banded’s Cask Strength Wheated Bourbon uses just a dash of our soft Texas water to control the proof and open up the rich aromas. It’s an exciting addition to our core range and we can’t wait for people to experience it for themselves.”

Founded in 2016, Nine Banded Whiskey is an Austin-based bourbon company. The brand’s core lineup includes its Straight Bourbon Whiskey and Straight Wheated Bourbon Whiskey. Cask Strength Wheated Bourbon (57.5% ABV) joins the two bottlings in its signature portfolio and is available now in participating retail stores, restaurants and bars across Texas, with further distribution to come later in the year.