A grand opening event for Cooperstown Distillery will celebrate the construction and current operation of its new, 7,500-square-foot whiskey storage facility, slated for June 12th in Cooperstown, New York.

Cooperstown Distillery completed construction of its rickhouse in 2020, providing much-needed space to support the company’s anticipated increased production of its hand-crafted spirits, specifically for its bourbon that requires up to five years of aging to mature. In addition they also have added two new stills.

Distillery officials said they are planning the grand opening event to celebrate Cooperstown’s significant milestone and to “thank the many local business and community leaders that have provided support for the project, despite the many pandemic-related challenges over the past year.” 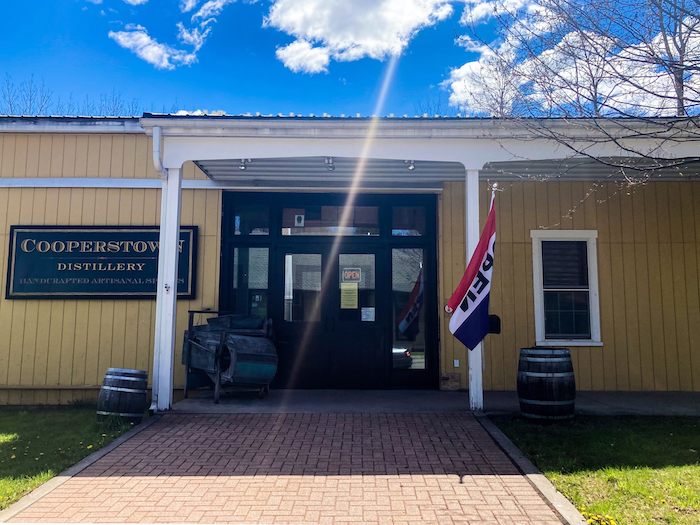 “We are extremely pleased to have completed this project that has satisfied a key need for us as we simultaneously expand both our spirit production and our wholesale distribution channels,” said Gene Marra, founder and owner of Cooperstown Distillery, in a prepared statement. “Obviously, the pandemic has caused us to delay our rickhouse ‘opening’ event a bit, but we have used the past year to concentrate on adding production staff, putting product away to mature, and building out our national distribution footprint to meet the growing demand for our products. We are eager to start the 2021 spring and summer season off on a positive note and look forward to our Grand Opening event on June 12th as a way to do just that.”

Founded in 2013, Cooperstown Distillery describes itself as a New York State Craft Beverage Manufacturer that produces, matures, and bottles all of its products in Cooperstown, NY. As a farm distillery and a member of The Cooperstown Beverage Trail, the Company offers a full lineup of hand-crafted artisanal spirits that are sourced almost entirely from local New York State grains grown by local farmers.

Cooperstown is noted as being the first and only distillery in Otsego County, home to the National Baseball Hall of Fame and Museum. Its product lineup includes its Cooperstown Select Distinguished Whiskeys (premium hand-crafted straight bourbon whiskey, straight rye whiskey, and American blended whiskey); its Baseball Lineup (baseball-themed brands including vodka, bourbon, American whiskey, and cinnamon whiskey – bottled in baseball shaped decanters); and its Cooperstown Collection (local branding of vodka, gin, and rum).