Elmer T. Lee, during his time alive, was clearly one of the most influential master distillers Buffalo Trace ever had working at its stills in Kentucky. He is known for may things there, including creating Blanton’s, the world’s first single barrel bourbon, and in honor of him there exists the well loved Elmer T. Lee Bourbon. Now, to commemorate what would have been the recent passing of his 100th birthday, the distillery is releasing a one time variant bottled at a higher proof.

The new Elmer T. Lee 100 Year Tribute Single Barrel Bourbon, according to those behind it, is the same age and mash bill as the regular offering, but instead it is bottled at 100 proof. It is being promoted as an extremely limited edition offering that will be made available in August for around $100 per 750 ml bottle. Proceeds from the bottle sales will go towards Frankfort VFW Post 4075, where Lee was a member until his death in 2013.

For those that don’t know about Lee, he was born August 5th, 1919, on a tobacco farm near Peaks Mill in Franklin County, Kentucky. Prior to joining Buffalo Trace (then known as the George T. Stagg Distillery) in 1949, Elmer served as a radar bombardier on B-29 flights with the U.S. Army Air Force in World War II. After flying missions against Japan through 1945, Elmer was honorably discharged in 1946, attended college, and graduated with honors and an engineering degree in 1949.

Upon graduation, Lee started work at the distillery where he was eventually named general manager. He worked at the distillery until retirement in 1985, but continued to serve as an ambassador for Buffalo Trace until his death. 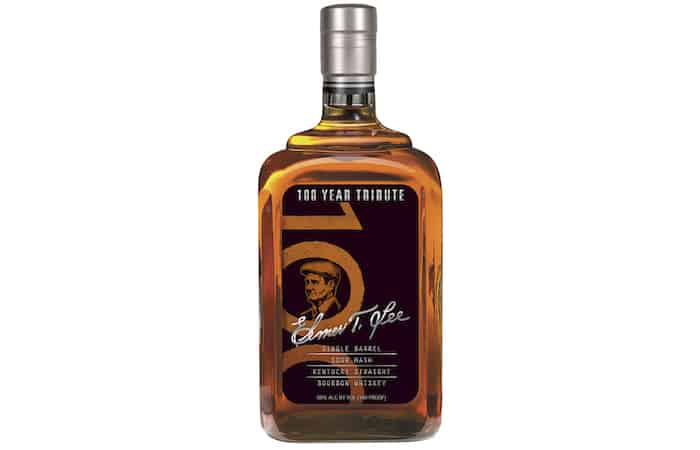 “After a century has passed since he was born, we want to honor Elmer and share our admiration with his family and others, while also giving back to Elmer’s local VFW,” said Kris Comstock, Buffalo Trace senior marketing director, in a prepared statement. “We were lucky to have Elmer with us for 93 years. As he grew older he continued to visit the Distillery weekly. The wisdom, expertise and friendship he shared during his weekly visits will never be forgotten.  We think of him often and cherish the time he spent with us.”

“What Elmer did for American whiskey is hard to grasp in today’s terms, but in 1984, bourbon was in the doldrums and sales were low,” added Harlen Wheatley, Buffalo Trace’s current master distiller.  “Elmer took a big risk creating a single barrel bourbon, but he hoped it would generate new interest in bourbon and revive the industry.  At first Blanton’s wasn’t popular, and Elmer feared it may not take off.  But today, I think it’s safe to say Elmer made a wise move.”

Very limited official tasting notes suggest this bourbon has “a nose of maple syrup up front, a taste of creamy vanilla with berries, and a long finish of coffee, toasted oak, and vanilla.”