When Lee Wilburn was younger, he was given a bottle of whiskey signed by his older, distiller cousin. His first reaction? “Look! A fifth of W.L. Weller signed by W.L. Weller the 5th.” That was the genesis of the Clermont Distilling idea that brewed for many years before the cousins joined forces to make it happen.
Lee Wilburn is a fifth-generation Kentuckian, and Bill Weller comes from legendary bourbon stock. No doubt, you know the name. Throughout the years, the first cousins stayed in touch, and bourbon was at the center of their family. The signed bottle came eight years ago.
“Bill and I started talking more and more about the possibility of starting a distillery of our own. He has been active in tastings for others including picking barrels, signing bottles and interacting with customers … which is his favorite part, after tasting,” Wilburn said to us in an interview. “Once we got going, the support from other distillers literally rained in. We’ve had the opportunity to discuss the operation of the distillery in general and down to the exact 36-inch Vendome column still, which is in use by many other distilleries.” 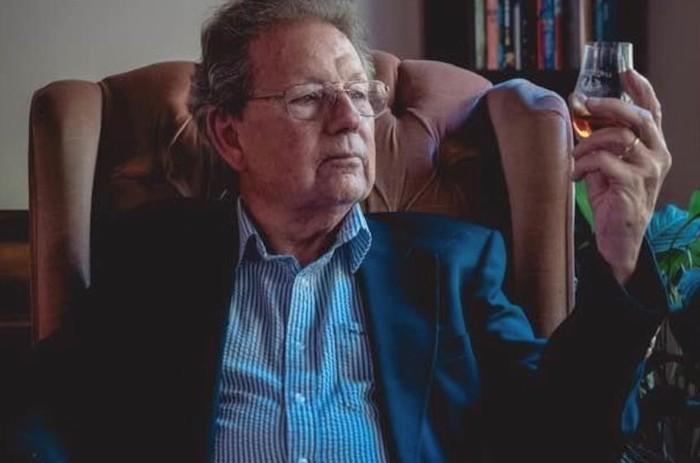 Once running, Clermont Distilling will also run small batches for others mash bills in quantities as low as 1,500 bottles. “Come one come all,” Wilburn said of their distilling. “We also plan to use our high-traffic location to showcase the work of other distillers as well. We hope to have visiting distilleries on site and maybe tasting rooms for them as well.”
The pandemic and shutdowns of Covid-19 have had little effect on the events of this year in the bourbon industry, other than increased demand. The early phases of planning and forming Clermont Distilling didn’t require significant social interaction, Wilburn said. “We toured and met with numerous distilleries pre-Covid, so we could follow up by phone or Zoom. The increase in demand is an added tailwind.”
There’s been several public-private partnerships that helped bring this new distillery to light, and with it new high-wage jobs and increased bourbon tourism for the Louisville-area of Kentucky. “We’ve had great support from Governor Andy Beshear, the Commonwealth of Kentucky and our local government for the distillery,” Wilburn said. “Additional jobs will be created by other aspects of bourbon tourism including restaurants, lodging, and related services.”
It’s the golden age of bourbon tourism for Kentucky and the Louisville area, and Clermont adds to that as it puts down roots right at the beginning of the Bardstown Bourbon Trail. “We have a total of 55 acres on both sides of Highway 245 at the I-65 interchange,” Wilburn said. “Our neighbor, Bernheim Arboreteum, attracts approximately 600,000 visitors annually and another almost 2 million people toured distilleries in the state last year. Our location will be the most central place in the state to begin a bourbon tour. From our property, you can easily reach the Louisville distilleries as well as the others scattered throughout the state. Bourbon is an international product and everyone is welcome.”
Clermont Distilling will draw on its family history, and the W.L. Weller name factors in to the new venture. “Although I’m a very proud Kentuckian, this is not about me,” Wilburn said. “Bill has the family gene and a very discerning palate for bourbon. We are very careful about not infringing on existing trademarks or creating any confusion in the market. The Weller name is, of course, legendary in the industry, which will attract attention. But because of that, we expect to come under greater product scrutiny than others. The ultimate test will be our customers, they are the people we work for. Regardless of the name, we must deliver a great bourbon.”
And that’s the plan. New product is already in the works for Clermont Distilling. Until it’s ready, Wilburn said Clermont will be sourcing “juice” from friends and neighbors in the business. “This is where the Weller name has opened some doors for us. Because of market demand, quality juice is hard to come by. Last summer, we were hoping to have our first release of 3,000 to 5,000 bottles by this Christmas, however we aren’t going to make it.” No worries, Wilburn said, their first bottles should come just after the new year.
86
Shares
2.9k
Views
Share on FacebookShare on TwitterGet Our Newsletter
Shop WhistlePig Whiskey at ReserveBar