Phillips Distilling Company recently released its latest creation: Douglas & Todd Small Batch Bourbon Cream Liqueur. It was handcrafted at what’s described as Minnesota’s oldest family-owned distillery and it makes use as its base the distillery’s small batch bourbon, which was aged four years in charred oak barrels. Rich vanilla bean and cream from Midwestern farms help finish the liqueur.

“As American bourbon popularity continues to grow, we saw an opportunity to appeal to our core Douglass & Todd fans looking to expand their liquor cabinets beyond brown spirits,” said Anne McCormack, Associate Brand Manager at Phillips Distilling Company, in a prepared statement. ”Cream liquor appeals to both whiskey lovers and dessert connoisseurs alike and it is perfect for those cold winter nights by the fire.” 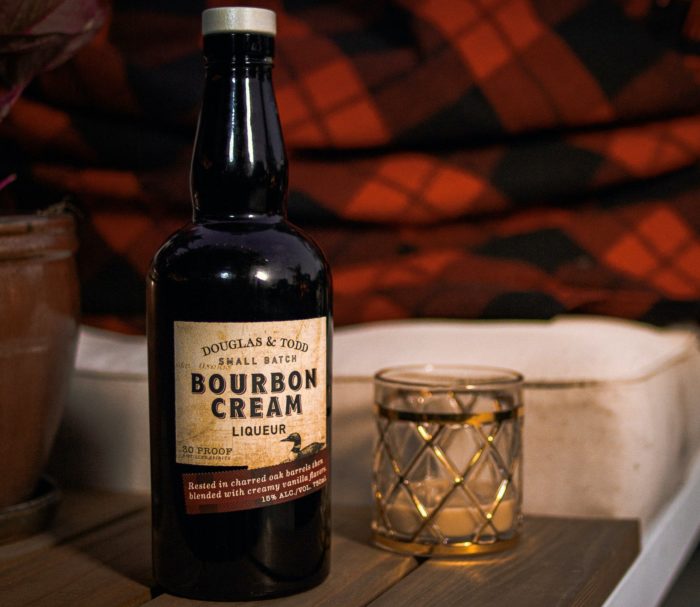 The distillery team noted that more flavors are drawn out from the barrels due to the state’s extreme temperatures which expand and contract the barrels during the aging process. This is said to contribute to a “well-rounded flavor profile” for the new bourbon liqueur.

Plans call for Douglas & Todd Small Batch Bourbon Cream Liqueur to be a limited edition release pricing around $35 per 750 ml bottle. It can be enjoyed chilled, on the rocks, or “even in coffee as an indulgent treat.”

For those unfamiliar with Phillips Distilling, it is said to be over 100 years old “in the making” and based in Princeton, Minnesota. The brand highlighted they are a “pioneer” in the spirits industry, ranging from “America’s first schnapps in the 1930s to flavored vodka in the 1950s to flavored whiskey in the 1990s to organic spirits in the 2000s.”